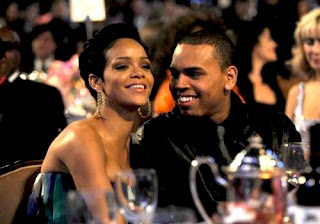 As with everybody else, I will add my 2 cents worth to this story.

Rihanna should have smacked the shit out of Chris Brown.

Now, if this story is true, why don’t women ever hit the bastards back. All I hear with celebrities is, when the guy hits his girlfriend/wife, she rings the cops. Why don’t they pick up the rolling pin, baseball bat, whatever is nearby, and bash his head in, or whack him in the nuts. I’m all for self defence. If you get hit, you hit back twice as hard. Now from various reports, I’ve read several scenarios, but either way, did she hit him back? I’ve heard that neighbours rang the cops, but I also heard they were out on the road in his car.

Either way, I just wish that for once with stories like these, that the woman would actually hit back twice as hard, and give the guy what he deserves. If Chris Brown is a woman beater, then he deserves to be beaten by a woman. That’s the only way these bastards learn, when women stand up and hit back, the arseholes soon realise that the woman will not take his shit, and he won’t get away with it.

So girls, start standing up for yourselves and fight back, once and for all. Don’t let these bastards win.

And as for all the idiots defending Chris Brown, go ahead, but saying that Rihanna deserved it for provoking him makes you as bad as Chris. If you support a woman basher, what does that make you? You support the beater, you support the abuse. You hate the women, that means you hate yourself. You have no self esteem, no self confidence, no self love. You’d rather support the abuse and take it, than stop the abuser and say ENOUGH!

Grow up people and stop accepting men abusing women and children. NO ONE provokes abuse, REGARDLESS of who they are!

A very pissed off Jewels.