Well, well, well, it would appear that Sunrise dumb-arse co-host David Koch, Kochy, or as I call him, David Kock, is back to his old tricks. That’s if he even stopped. For the last few weeks, he’s seemed to be reasonable with his smarmy smart-arse comments towards the girls, and everyone else for that matter. Unless I didn’t notice because I was watching the Today Show.

However, this last week, he’s been at it again. Being a general pain in the arse, especially the day he thought he could joke around with people’s names. First he called Rebecca Romijn – (pronounced Romaine, like the lettuce), rom-ij-in, and generally pissed around with her name making a complete dick of himself. Then not half an hour later, after a story about Michael Bublè, he started calling him Michael Bubble. Now we now it ain’t bubble, and so does the dickhead they let co-host, but he just thought he’d be funny.

And of course at the food and wine festival, he made some snide remark to someone to leave the wine for Mel.

Channel Seven, it’s high time that you sacked the dumb arsehole called David. He’s snide, smarmy, pathetic, stupid, and a whole host of other things. GET RID OF HIM!!!!!!!

Speaking of channel seven people. The Morning how co-host, Kylie Gillies, has stopped insulting poor, poor, poor Larry Emdur. A new friend of mine contacted The Morning Show and told Larry he should get rid of the insulting sarcastic cow that sat beside him, and team up with 9am’s David Reyne, to form their own show, ”The Big Spunk Rats Show.” 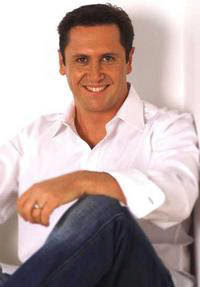 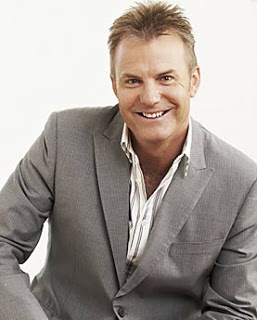 She also emailed 9am, and told David the same thing, to get rid of Kim, and team up with Laz for their own show. I’d definitely watch.

It would seem that the day after the email, Kylie miraculously stopped insulting Larry, and hasn’t since. Unless we’ve missed something, but I don’t think we have. A week or so ago, she did tell Larry through very gritted teeth that, ”I’m not allowed to correct you.” However, my friend said nothing of the nature, and so apparently she’s not the only one who’s complained about Kylie’s tone towards Larry. She’s been rude, sarcastic, insulting, critical, and a whole load of other things since the show started. Even day one of this year, she started in on Larry, and my friend finally had enough, so she emailed. And hence, no more rude comments to poor, poor, poor Laz.

Hip hooray for Laz, and for my friend.