Well this week was the week of premieres of new seasons.


Sunday – channel 10 – the premiere of Biggest Loser, So you think you can Dance Aus and House. I used to watch House but think it got way too boring, and who wants to see fat people blubbering anyway.

Monday – channel 10 – 7pm Project of which Scott Pape’s segment is getting smaller and before long they won’t even have him on 🙁 Biggest Loser = blubbering fat people, Good New Week returned followed by Ross Noble’s comedy trip across the country. Can you say Ewan McGregor rip off?

channel 9 had new 2.5 Men, and Big Bang Theory, a new The Mentalist, Simon Baker’s not only an Aussie but he’s cute too.

channel 7 – Morning Show, My Kitchen Rules, which apparently it doesn’t in the ratings, and 2 hours of Grey’s Anatomy. And come on people, we’ve all known since last year that it was George who died.

SBS – Why are thin people Fat? It was a really good show that proved that you are the weight your body wants to be! Also had a really good doco on Marilyn Monroe.

channel 2 had new Spicks and Specks

channel 9 – CSI New York, and repeat of Charge of this Post.

channel 7 – Bones repeats, although there are new eps on Sunday and I love Castle better.

channel 2 has had a great 3-parter on magazines and how they’re put together, by who, what era, Playboy, Ms.,Vogue etc.

This weeks ep of CSI New York is Season 5, ep18, Point of No Return.

Ashley and Pete Wentz! WHAT THE FUCK!!!!

Marty Pino, can’t remember him too much from the first season, clearly not a regular character.

Lindsay being so bored that she found a dead bee and wanted to rope it off and start processing it as a crime scene.

Killing junkies to harvest their organs for the heroin just shot into them. 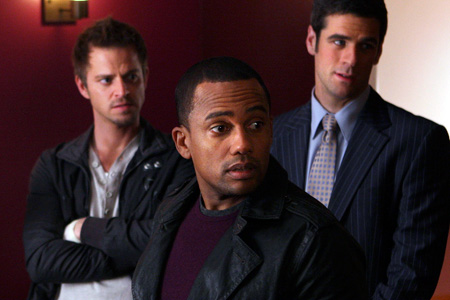 Shooting scenes in the warehouse.

Rolling on the floor Danny. Bet Carmine had fun, if not pain, shooting that scene.

Danny put his ring on the sink to wash off the blood. Don’t ya know that’s one way of losing it!!!!!

Stella and Angel bursting into the apartment. Try turning a light on!!!!

Syd to the rescue!!!

It was followed by a Charge of This Post. 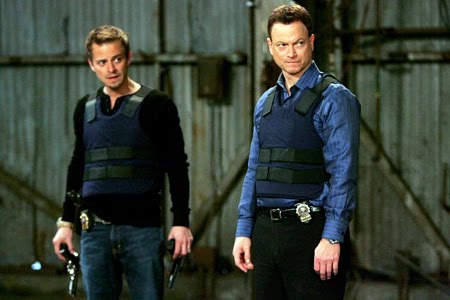