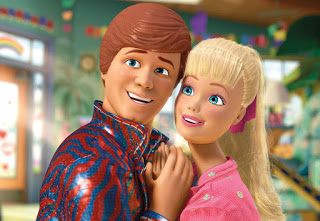 Barbie and Ken have never been married. Even though there have been groom Kens and bride Barbies for decades, they never ACTUALLY got married.

So what the fuck is wrong with Ken?

Barbie’s 52, the cougar, and while we all carry on about how she’s a career woman and dumped Ken a few years back for Derek from The Rockers, she went back to Ken and then dumped him for Blaine, the Aussie surfer dude (check out my Barbie vlog about that one), and now they got back together this year.

We don’t have an issue with Barbie not getting married. Although at 52 she clearly can’t find a man to settle down with so she CLEARLY has issues of her own.

But what about Ken?

Is he such a loser that when Barbie wouldn’t put out or marry him and then dumped him several times he didn’t stop to think “Barbie’s a tease! She keeps leading me on and not putting out. Maybe it’s time I moved on. SHE certainly has!”

He could’ve dated around and found himself a nice girl who would put out to marry and have kids with.

So what’s wrong with him?

After seeing him in Toy Story he’s sooooo clearly gay!!!!!