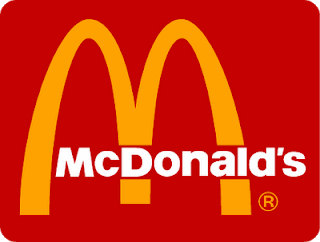 Mmmmm cheeseburgers…..I love them, and have been devouring the ones from McDonald’s for years. 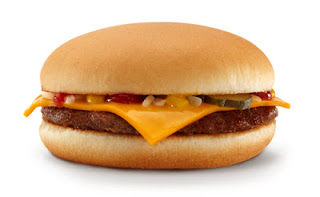 But there has also been a REALLY BIG ISSUE when it comes to
my favourite McD’s burger…..THE PRICE!

Many a year ago, here in Aus, they dropped the price to $2.
They also had a few other things that were the same price and it lasted for
years, until last year. Then they stopped it. With NO warning. And put it back
up to full price.

Then this year they messed around with the price again.
Decided to do a 40 day $2 for lunch sale then that stopped. Then they did the
Loose Change menu for the last, what, three months. I inhaled two double
cheeseburgers and a small fries on a weekly basis until last week when I went
through my local drive-thru. It was there, on the menu board, the Loose Change
Menu. And when I pulled up to the voice box and was asked “hi, what would
you like?”

I clearly stated, “Can I have two double
cheeseburgers-”

She cut in with, “Do you know they’ve gone back up to
the full price?”

“Oh, we haven’t gotten around to changing that
yet,” came the answer.

“Oh well that’s not good enough,” I bit back.

“Well would you like anything else on the menu,”
she prompted.

“No! I came in for the cheeseburgers and that was all I
wanted so I guess I’ll just have to keep driving through.”

Fuck that! I was NOT going to have a nice day after being
told my beloved cheeseburgers had gone back up in price and that they were
falsely advertising a menu on the drive-thru menu boards. I should have told
them that.

I am now boycotting McDonald’s until the cheeseburgers go
back down to $2 otherwise I will not be eating from them. McDonald’s, you need
to figure out how much you’re going to charge for these things otherwise you
really piss people off. Considering the prices of some food, a cheeseburger is
just the ticket for those on low incomes, benefits, or with children. Although
I’m sure you’d argue that’s what Happy Meals are for. Not everyone can afford
your expensive burgers. And if it didn’t work and bring people in to buy them,
you wouldn’t keep dropping the price of them. Either drop the price and leave
it at $2, or don’t bother dropping the price at all. It just pisses people off.