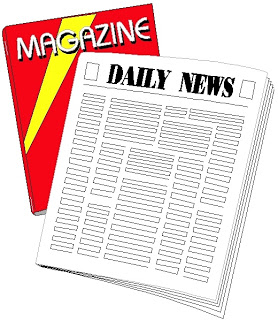 I’ve become really annoyed with you more than usual in the
recent months. And it’s not just you, it’s gossip sites and tabloids as well.

“The moment she told him”

And then of course, that said celebrity is NOT pregnant and
NOT expecting and NOT having twins.

Seriously people! You’re going to see soon enough who is and
isn’t pregnant because they will start showing, and then you will know they are
having a baby. And NO you have no
idea whether it’s twins or not, or a boy or girl, although it can only be one or
the other.

I’m so sick and tired of you trash mags claiming you know
such intimate details when you bloody well don’t.

And then of course there are those of you who take a guess
but then get annoyed when the celebrity SAYS NOTHING about whether they are
pregnant or not and all of you get shitty and indignant because you are not
being told whether or not there is an expecting pregnancy.

Like ANYONE has to tell you if they are pregnant or not. You
will find out sooner or later but your desperate need to get the info before
anyone else is seriously annoying. You DO NOT have the right to know at any
stage, and the celebrity DOES NOT have to tell you or anyone else. They have
EVERY RIGHT to keep their business to themselves and not divulge it to anyone,
but it just pisses you off doesn’t it. Not knowing the latest gossip and celeb
news. It kills you inside to know you are missing out on something and so you
go ahead and print it anyway, completely disregarding the facts, and the truth
is nothing to worry about until you get sued for lying and printing such
rubbish.

No, dear trash mags and websites, you don’t care about the
truth when making money is all you’re worried about. To hell with a person’s
personal life and hurrah to your big fat bank account!

You make me sick!