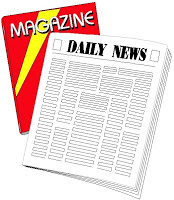 While the tabloids overseas are now all jumping on the bandwagon thanks to the French magazine, Closer, Australian magazines have refused to publish them.


Which is ironic, since it was the Australian magazine, New Idea, who was the only magazine in the world to reveal Prince Harry was in Afghanistan with the army a few years ago.


At the time, New Idea claimed they felt people needed to know.


The only people that needed to know where Harry was at the time was his family and the army. The rest of us, commonly known as common people, did not.


What excuses the press hide behind.


They think they have every right to walk onto your property, run after you, stop you from getting in your car or house, hold your door open…. and yet NONE of them realise they have NO RIGHT AT ALL.


And the magazines need to pull their collective heads out and realise that the excuse of “the public need to know” is a bullshit one that NO LONGER WORKS and is no longer viable in this day and age.


Taking pictures from a kilometre away of Kate was disgusting, and they need to stop blaming her for not being safety concious enough.


It’s just their excuse for getting away with it under laws and rule for journos that I don’t even think technically or legally exist.


They just all live by their own rules and not the law of the land and it’s time someone pulled them all into line and set those rules and guidelines to stop them from being the vultures they are.