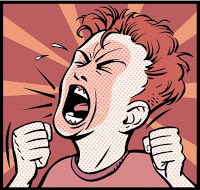 “I mean” –  why start a sentence with this when it means nothing and you have not said anything to then try and explain because you think what you just said was confusing and that the person you were telling it to might not understand it.

“You know” – I actually don’t, unless you tell me. The Big Brother house used it a lot last year and it annoyed the hell out of me.

“Honestly” – I hate when people start a sentence with this word because seriously, I want you to lie to me and why do you need to say it in the first place unless you think we all think you’re a liar anyway!

“To tell you the truth” – again, I’m asking you to lie to me for fuck’s sake, get real.

“Look” – At what? What do you want me to look at? I don’t see the point of this word at the beginning of a sentence when there is nothing to look at unless you are actually pointing to something.

“Totes” – A tote is a bag to carry your stuff around in, nothing else.

“Amazeballs” – I get that it’s essentially amazing but fucking hell!

I know that some of the above words are used by myself (look and you know) and I am clearly aware of when I say it and am trying to break the habit.  When people use honestly and I’ll tell you the truth at the beginning of a sentence they are so hiding something.

As for taking two words and making one, it’s as bad as all the baby names people give their kids.

I am so sick and tired of the way people speak. There is no need to start a sentence with look, or you know. We actually don’t you bloody dickheads!