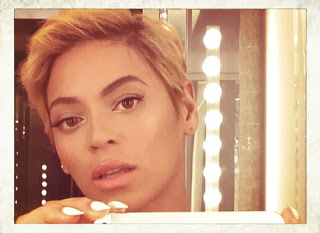 Much ado about nothing really.


The world went crazy over Beyonce’s haircut last week and many have wondered why she did it.


Who gives a shit?


It’s hair for God’s sake and she ain’t the first to get her locks chopped off.


Considering she has lived in weaves and wigs, who’s to say this wasn’t her actual hair anyway.


Talk about attention hog. I was over Beyonce when I heard Single Ladies for the billionth time.


I’m sick of females in general who think they have to thrust their crotch at me and show their tits in everything they wear.


She should have put clothes on it and now she’ll probably put another wig on it.


I seriously don’t think she’ll be able to resist another wig or weave that she can throw around when she flaps her head back and forth. It was more for dramatic effect in dance moves than anything else.