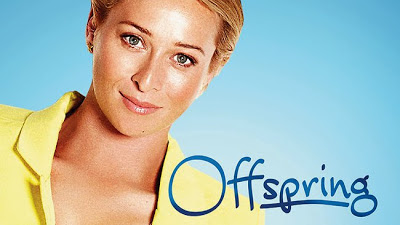 On Wednesday night the writers and producers of Offspring decided to kill off one, if not the most popular character on the show.
Dr Patrick Reid, Nina’s partner and father to be.
So many on Facebook had already said before it aired that if it was Patrick who died they would never watch the show again.
Now that the episode has aired, certain posts on the Offspring FB page have scored thousand of replies and most are still the same. They will never watch the show again.
The ratings for the show could go either way with the next series.
Either everyone will keep watching to see how Nina reacts and copes with being a single parent, or, the ratings will plummet and the show will be axed.
Their “jumping the shark” moment could have already happened.
Matthew Le Nevez who played Patrick is supposedly coming back for season 5, but no one is sure how, or why, so we know he will be a ghost, or fragments of Nina’s torturous imagination.
Even tonight on The Project they had a story about famous TV deaths and why they affect us so much.
It comes down to one reason.
It’s all escapism with emotional investment.
We want to escape into a world that we believe is better than our own, and when it goes awry, it sucks. When a character we have lived and breathed life into dies, we mourn, either with the person who has lost, or for the person who has died. When we see a character suffer so much and finally gain happiness, we want them to maintain that happiness and for it to continue.
Whether it’s TV, books, movies, it’s all fantasy. It is meant to take us away from our mundane boring lives that we hate with a passion, and do nothing but live our lives in these shows and books.
I know when I read a Nancy Drew book, I become Nancy Drew.
When I watch my favourite TV show, I dream about being in that TV show.
That’s what it comes down to. The writers, producers and networks who heavily promote and churn out these shows want us to emotionally invest in their shows. If we don’t, the shows fail, as we have nothing and no one to align ourselves with, no one to latch on to as our equal in pain, happiness, life or death.
If there is no emotional attachment, there are no ratings.
So, when a favourite character dies, we die. Emotionally. We cry and sob and wail in pain. We have been sucked in to that show and that character’s life so much we ARE with them, we ARE their partner, we ARE the character itself.
The powers that be want us so emotionally involved in their shows so it becomes a hit that I’m not even sure they realise or understand that when they kill off someone that is so loved it may very well be their downfall.
I don’t know if it’s Offspring’s “jump the shark” moment, it may very well not be, but for many fans last night, it may well be the last episode or season they watch.
The one they loved the most is now gone, there is no longer a need for the emotional attachment there was last week.
Patrick is gone.
Now I will have to remove him from my right side bar. 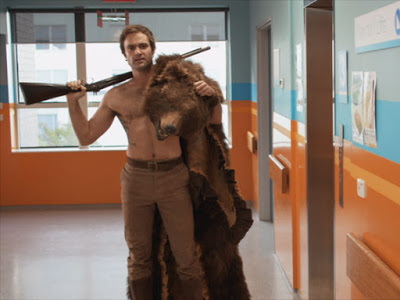 Seriously, why did they kill this hot hunk of man meat off?
Spread the love for LJD!