Back in the 70s there was Sean and David Cassidy, The Monkees, The Brady Bunch, anyone and everyone had a fan club.

I joined a TV show website a few years back and asked if one of the actors had a fanclub. One member absolutely shredded me for even using the term fanclub.
“Fanclub,” she ridiculed, “what’s a fanclub?”
I have no idea how old she was but the way she treated me over my post as a newcomer was atrocious.
Clearly she does not get the irony that fan clubs are still around, they’ve just moved online.
Gone are the days of writing in to your favourite shows’ network for photos and autographs as the star’s manager or record company set that up and you wrote to them for all kinds of ephemera.
As the 70s turned into the 80s, fan clubs were even more popular with all the 80s stars.
Indecent Obsession had a fanclub and in 1990 I sent off a money order, yes, a money order for tshirts, postcards and pictures. All very cool! And I still have them. 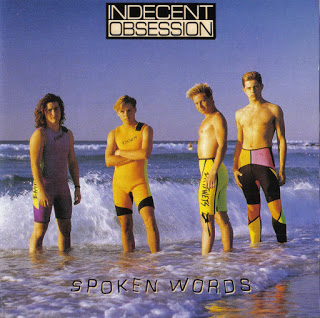 Gone are the days of sending off money orders.
As the 90s turned into the noughties and everything moved onto this fabulous thing called the internet, many networks, record companies
and managers set up websites for fans and followers to read up on the latest gossip, tour dates, record list, and yes, merchandise.
Pages of merchandise to peruse and buy, and now that we are 2013, “fan clubs” are bigger than ever with many artists selling their own merchandise and cds.
All I want to know now is, when did we stop calling them fan clubs?
Spread the love for LJD!