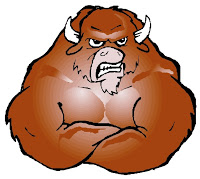 On Saturday I was in my local library and saw the new book by Katie Price aka Jordan, the busty page 3 UK model once married to Peter Andre and who just had another kid by another husband. Have no idea how many she’s up to now.


But her book was sitting there on the shelf and I simmered.


Simmered because she doesn’t write the bloody things and because she’d be getting millions for it.


So that got me thinking about all the other leeches who do nothing for money.


All of the “celebritards” who don’t drink Pepsi but will take money from Pepsi, those don’t wear a certain brand, don’t eat a certain food, don’t do a certain thing (like write their own books) and yet rake in millions for it.


It’s because publishing houses jump on band wagons basically. They see a money making scheme and they offer.


Someone has a hit single/album and tour, someone wants to make money.


Someone has best selling books, someone wants to make money.


Someone has a popular blog, someone wants to make money.


Someone has a hit show, someone wants to make money.


It’s all the same, and that’s where people become leeches. Accepting money for things they don’t eat, drink, wear, use or do.


Leeches because they don’t put the hard yards in and actually write the book and that’s what I keep coming back to, people who do not write books, have never written books, will never write books, have not even thought of writing books and yet get book deals. Damien Leith to name one.


Leeches, all of you, just for the sake of earning money to fund your life style you lie and cheat your way through life by not actually doing anything and get it all for nothing.


Ugh! Gives me the shits!