Captain Americas aired here in Aus Saturday night and it was so much better than Thor which aired Saturday before. 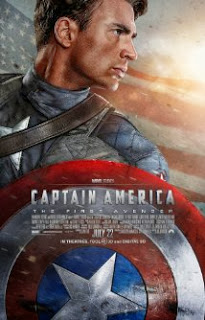 Chris Evans, and I still don’t believe that dorky little kid at the beginning was him, may not be the best actor in town, but at least the story was full of action and adventure. Flowing nicely from start to finish. It was about a man who wanted to fight for his country and would not give up until he did, regardless of his health issues, he wanted to do what he could for America. And the pulling of the pin on the flag pole to get the flag was genius! And Mr. Stark looked pretty damn hot too! They should give him his own movie! The only thing that annoyed me was how they found him and what they did with him was not gone into enough. How was he asleep for 70 years? How did they find him? Why did he not age? So many unanswered questions. I don’t know if they are answered in the Avengers movie but I will definitely be watching that next. 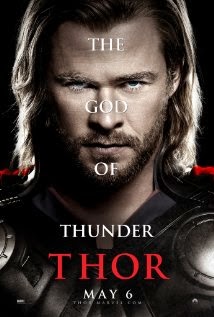 Whereas Thor was nothing but a story about an arrogant pissant who thought he was better than everyone else because his “hammer” gave him strength. More like a case of overcompensating with a “hammer” that size. And sure, Chris Hemsworth is Australian blah, blah, blah but who cares! I don’t. I didn’t think the movie was all that flash. Lots of effects, lots of “hammer” throwing, lots of big arrogant child throwing tantrums. BOR.RING! And don’t get me started on how pathetic Natalie Portman’s character was.


I’ve seen Iron Man 1 and 2, two different versions of The Hulk, and clearly there will be no movies on the other characters as Hawkeye featured in Thor and Black Widow was in Iron Man, and now that Thor 2 is out there will be a Captain America 2 next year and another Avengers in 2015 (according to imdb) so I’ll look forward to seeing those.


Have you guys seen the movies and what did you think of them?