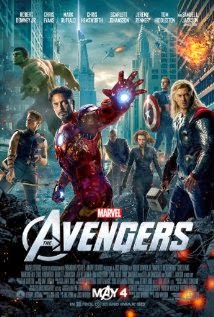 I finally got to watch the Avengers over the weekend and what a lengthy movie it was, about the same as Iron Man 3. The beginning was a bit drawn out but then I do realise you need scenes to bring each character into the story. The SHIELD hub imploding was quite mind blowing in itself, Thor, Iron Man and Captain America fighting over Loki was interesting considering they were on the same side and Captain’s shield stopping Thor showed what true power it had.

Change scenes and Hawkeye is fighting on behalf of Loki and decided to take out the engine of the ship plane thing Shield has. They invade to get Loki out and Thor goes falling instead, Colson is killed (who knows how he came back for the tv show?), Banner goes hulky and get’s tossed out of the window, and Hawkeye gets his balls back.

Iron and Cap try to fix the ship before getting half the team together to head for New York and the Stark Tower, which is where Tony realised Loki would go because they are essentially the same. Ego maniacs who want their name on a really huge building. Geez, compensating much?

The fight in New York starts as the aliens come through the worm hole and Banner rejoins them. There’s fighting, raging, destruction left right and centre (why is it, in so many movies, when either New York or another city is destroyed by aliens or Godzilla, no one ever mentions the trillions it would cost to fix the bloody place?). Cap takes over and the others comply. They save people, stupid people watch out of windows which are then wrecked and they run (seriously? why do people stand and watch when there’s something destroying the city?) Weird alien centipede ship things go flying through the city and who the hell was it on the weird ship plane thing of SHIELD’s that went flying off to send a nuke?

Loki thinking that Hulky couldn’t do anything and called them all puny humans because he was a God. Hulky bashing the shit out of him and calling him a puny God. Hilarious! Hulk punching Thor sideways. Iron sending the nuke up through the worm hole. Iron telling Hawk to clench when he gave him a lift. When all was said and done Loki thought he’d try and leave and realised they were all behind him.

For me this movie took a bit to get going as I prefer to get to the action and destruction, I’m a geek for special effects, and in the end I notice they left it for another movie to be made. Clearly that’s the 2015 Avengers movie that’s planned.

Over all, once the action started I got into it and would really like to know how Colson was brought back to life. Guess I’ll have to keep watching Marvel’s Agents of SHIELD to get that story because apparently even he doesn’t know. Although it has something to do with Tahiti.

I do have a bit of a crush on Jeremy Renner and Mark Ruffalo, and will admit that Tony Stark is rather dashing. RDJ is quite impressive as Sherlock and brings a lot of that to Stark I’ve noticed. But I prefer the way he looks as TS over SH.

Now I’ve seen all the movies, even Spiderman, I wonder why they didn’t include him in these movies, since it’s all Marvel. But I think they’re keeping them separate as X-Men and Fantastic Four (and Chris Evans is in these movies as well as being Cap America) are separate and many of Marvel’s characters are in X-Men anyway. Although I’m surprised they haven’t brought all the “single” characters together for a more impressive team but that could be coming as Ant Man and Guardians of the Galaxy are coming in 2014 and 15.

When you have so many characters under the one company it must get confusing as to what to do with them when you bring them together.