The 2014 Commonwealth Games ceremony was shown here in Aus three times yesterday and from the opening scenes all I thought was…musical.

It looked like a musical set on a much larger scale in front of a much larger audience. From the costumes to the props, to the big ole Nessie. It looked unprofessional, lacking in maturity, and clearly lacked the money to make it better than what it could have been. 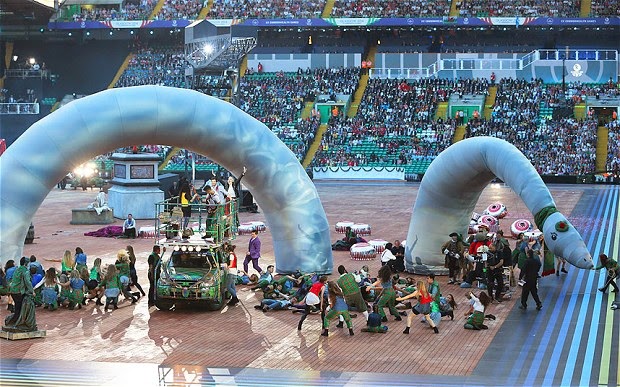 And if John Barrowman from Torchwood and Doctor Who was the best they could do for “talent” then good grief.


Ewan McGregor and Billy Connelly popped up via recorded links, Rod Stewart came for a sing along and for the love of God, Susan Boyle stuffed the first line of Mull of Kintyre.


Here in Aus we have what’s known as the School Spectacular. It’s where New South Wales school kids get together once a year in the entertainment centre and put on a performance for friends, family and general show-goers. It’s also shown on tv.


Below are two pics, the first is from the opening of the Comm Games, the second is from a School Spec. See the similarities? The Comm Games opening was a disappointment, but clearly only the best that Scotland could do. Not something I’d be proud of putting on. 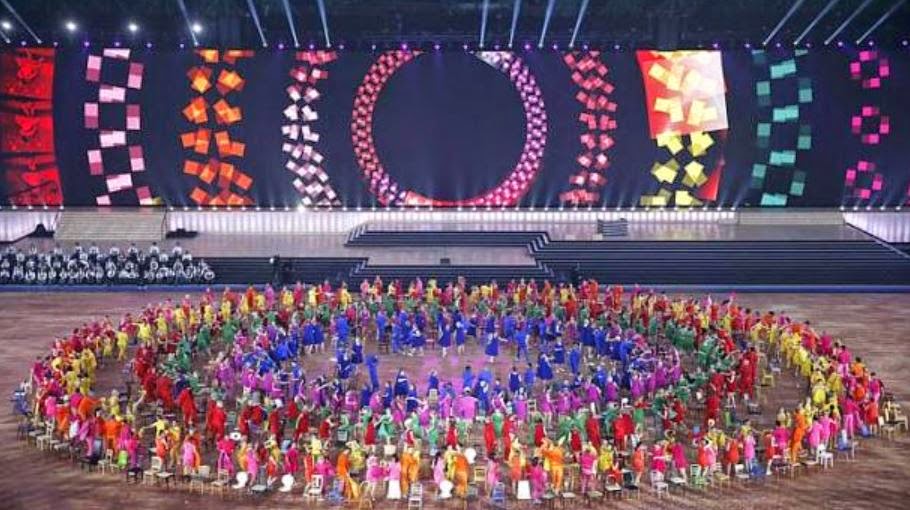 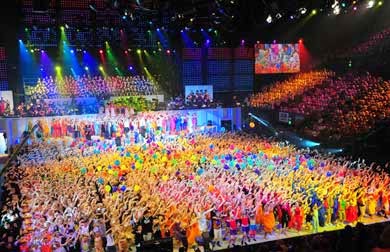