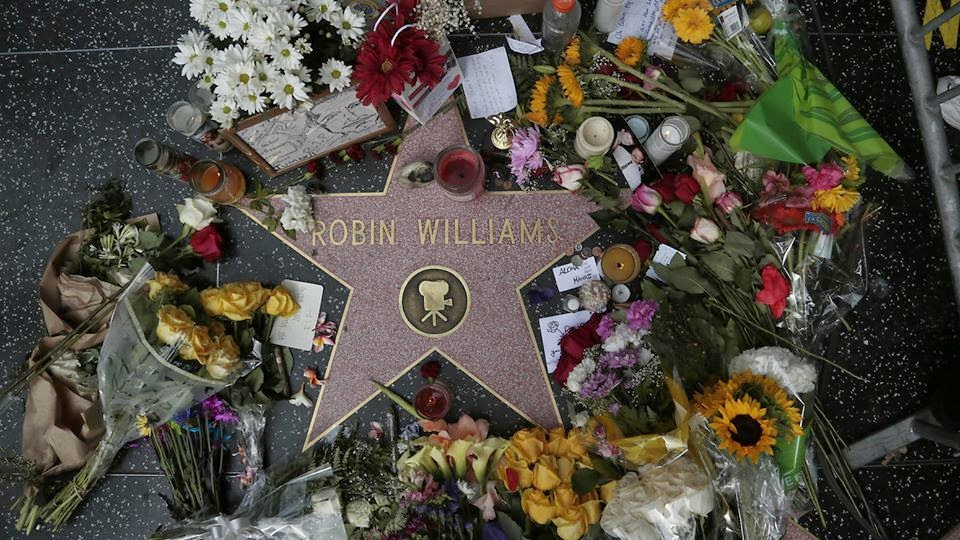 With the suicide of Robin Williams and the death of Lauren Bacall this week it takes me back over the last few years of suicides and deaths in the world of celebrity.

Of course celebrity deaths will be in the forefront, they are people who are known the world over thanks to decades of movies on our screens and social media on our phones and tablets.

But which is more shocking and tragic?

The natural death of someone with who is sick or dying anyway, the shock death that happens in an instant that no one was expecting, or the death by hand of someone who chooses death over life?

When people are already sick or dying from a disease, their death is not a shock to me. It’s completely understandable and pretty much expected. When it’s from a massive heart attack or some other condition, it’s unexpected in it’s speed, but not in it’s conclusion when the person is of age. Older people are expected to have more health problems, young people are not.

When it’s a shock death, such as Paul Walker, who was here one moment and gone the next, it is a massive shock. It wasn’t expected, it wasn’t even thought about because you don’t think of people dying young. You think of them living forever, or at least until old age.

And then there are those who kill themselves. Last year it was Glee’s Cory Monteith, Rizzoli and Isles’ Lee Thompson Young, and Gia Allemand from The Bachelor. Those three suicides were within a month or so of each other and they say it always comes in threes. It certainly did.

I’ve never had full blown depression but have been depressed. I have thought about the way I would kill myself if I did it but have absolutely no inclination to do so. They are just thoughts about a serious subject. I do know that if I was sick or dying then yes, I may want to end it all early. I can also understand the immense emotional and physical pain one must have to chose to end it all over dealing with the issues causing their grief.

But can losing a job, or money, or busting up with a partner really bring on the idea of killing yourself? Can a past or current addiction to drugs or alcohol really make you chose death over life? How depressed must one be to even think that ending their life is the better alternative. Hollywood is full of shrinks and treatment centres. Many of these celebs had tried for years or decades to fix themselves, but failed, so what does it say about their state of mind. That they still chose death over life. Over the love of their partner and children.

How can such treatment not work? Unless their mind was already set. Death was the only choice and God help anyone or anything getting in their way to achieving it. It’s sad. Sad that someone thinks death is better.

We look at them and think their life is so great. They have jobs on high rating tv shows, would be making decent money to live on, living the high life basically. The life many of us only dream about. And yet, somewhere in their mind they’re telling themselves it’s not good enough. They’re not good enough. Life isn’t good enough, and to hell with everyone who cares about me and loves me. I’m going to kill myself and there’s no ifs, buts or maybes about it.

To me suicide is selfish, especially when there are children involved. The death of Peaches Geldof back in April showed that the lure of drugs was more powerful than her children. She had dreamed of dying like her mother. She made that happen through her choices.

Now Robin Williams has allowed his depression to get the better of him. Another celebrity, another human being who chose to stop the pain over dealing with it.

Is suicide a shock? When you know that someone has had depression, substance abuse, dealt with internal grief for years if not decades, does it really shock you when they chose to kill themselves instead?

I wasn’t shocked over his death. In fact, I felt almost nothing. Maybe because I’m still trying to figure out what I do feel. But feeling nothing over someone dying is not a crime, and is no one’s business. All I thought was, who’s next? It comes in threes and Lauren was next. There was also some old actor who had just started in Game of Thrones, but just like when Michael Jackson and Farah Fawcett died at the same time Farah barely got a mention because she wasn’t near the stratosphere of Michael. Ed McMahon was a week earlier. So the actor from GOT was bypassed.

It always comes in three.

So what is more tragic? Someone killing themselves or someone dying from old age. Someone dying from health issues or the totally unexpected demise in plane or car crashes, drowning or shooting?