They go days without food, water and nutrition, yet they keep powering on. On The Walking Dead, Tyreese still has his bulging muscles yet when was the last time he ate properly, or worked out for that matter to sustain those muscles? 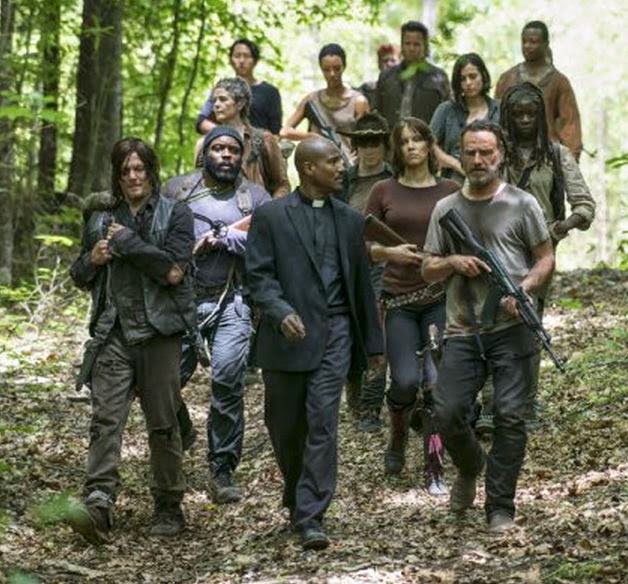 When was the last time they showered or used the toilet? Oh wait, if you don’t eat you don’t crap and if you don’t drink you don’t pee. After all, it’s not like there’s toilet paper around.

Why have they not wasted away? Surely it would be like being deserted on an island? Nothing to eat except berries and leaves and even then you’d lose weight because you’re not getting enough to sustain the physical things they’re dealing with.

Surely killing zombies and battling terminators would take all of their strength and leave them absolutely buggered afterwards? Why are they not more emaciated, dehydrated and horribly thin looking?

When the Walking Dead started it was all about “what would you do if a zombie apocalypse happened?” Well now it should be, “how the hell are they still alive after starving and dehydrating?”

And the other thing that shits me about these shows, and I’ll add in Z-Nation because I’ve been watching it online, is why in God’s name have the women not cut their hair off? It’s not like they carry brushes around with them, and their hair is flying in their face and getting tangled and gross.

It’s a bloody zombie apocalypse for God’s sake, cut the God damned thing off and get it out of your face so you can see better for fuck’s sake. And then you won’t have to worry about washing or brushing it.

Although for those that have short hair, like Carol, it never grows and she never cuts it. Must be magic hair or something……