So a lot happened since last week.

1 – Before this post went to air, David Letterman did his last show, and a myriad of celebs came on to say goodbye. After 33 years he obviously thought it was time to go.

The one problem I had with his last speech, in the video below, was he said to his family “thank you for being my family, I love you both and really, nothing else matters does it.”

He clearly didn’t think that when he cheated on his wife and nearly destroyed his marriage and family.

2 – I managed to see an online copy of San Andreas Quake, you can see it here for free, a bit corny in places and just a bit unrealistic. I can’t wait to compare the two when The Rock’s comes out this week. 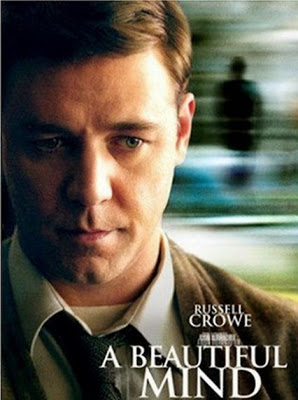 3 – John Nash, the man Russell Crowe portrayed in A Beautiful mind was tragically killed, along with his wife, when the taxi they were passengers in crashed in New Jersey. Apparently they were thrown from the taxi due to not wearing seatbelts.

This is sad, as I finally got to see A Beautiful Mind in full only a couple of months back. It was heart warming but tragically sad in some places and yes, gut wrenching as well.

Russell did an incredible job of portraying Nash and I was surprised and somewhat pissed off when he didn’t win the Oscar for the role, having won for Gladiator (god knows why a movie with him wearing a leather dress and killing people was more important), the year before. This movie was so much better and he won the Golden Globe for it, but not the point. This movie is an ABSOLUTE MUST SEE.

4 – This week in Aus the story of a lotto syndicate came to our news. Last October 16 people won 16 million, however, the guy who bought and had the ticket decided to keep it all for himself and not share. It seems greed got the better of him. Ironically, he was and is romantically involved with a female member of the syndicate and both quit their jobs within weeks of keeping the money. The other 14 members are now suing him for their share.

I completely get wanting to keep the money, I’d probably stop and think about doing that too if I was in a syndicate. But this is one big reason why you should never share money. Or buy lotto or scratchie tickets for someone else. If they end up winning you stupidly believe you deserve half when you’re not entitled, or you get ripped off.

My advice, NEVER share in lotto or scratchie tickets and NEVER buy them for someone else. That way, you avoid all problems it can cause. Besides your scum sucking family of leeches wanting some that is.