And the one thing I found through the entire six movies (despite the fact no one remembered Anikin made him or that Chewie was not a quite Chewbacca and I’m surprised no one ever heard him when he wailed while they were lying in wait to pounce) was C3PO is the most narcissistic, self absorbed, self obsessed droid in the history of the world. 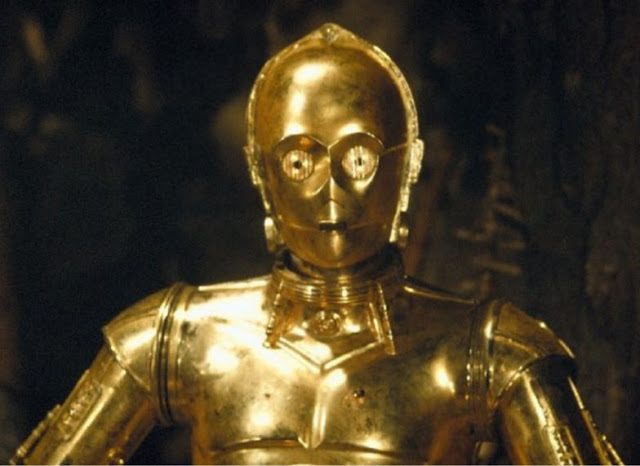 Jesus, at least R2D2 did what he was told and helped others, not just think about himself like 3PO. Ugh, he became the most annoying thing in the movies.

And don’t get me started on Yoda being Fozzie Bear, Grover, Animal and Cookie Monster all mixed together on acid since Frank Oz voiced them all. It was weird listening to that voice, I kept picturing Fozzie doing all those Jedi tricks.