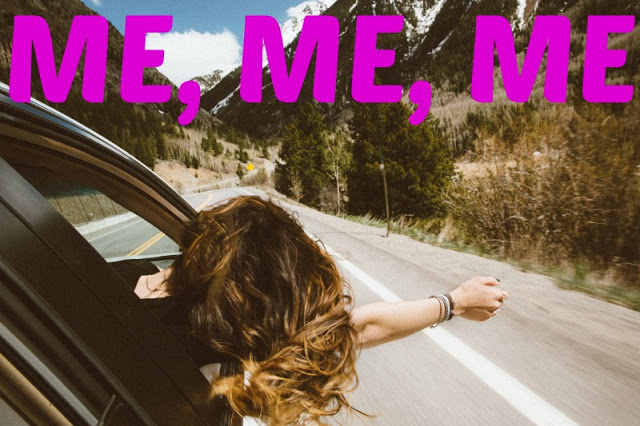 I’ve been watching a bit of tv of late, Housewives of Jersey, and the one thing I’ve really noticed is the arrogant air of entitlement.

Every second person believes they are entitled to whatever they want.

If you win lotto, they believe they’re entitled to it.

If they give you a scratchie for your birthday, if you win, they believe they’re entitled to some.

If you become a celebrity they believe they’re entitled to ride on your coat tails.

If you get a new house, they believe they’re entitled to just come on over.

If you get a new car, they believe they’re entitled to drive it.

If you dare to mention what you think of something on social media, they believe they’re entitled to call you every name under the sun, plus racist, sexist, fat shamer, weight shamer, hater, troll, bully, etc, while they’re actually doing all of that to you, because they can’t discuss a subject like normal people, they have to attack you just for having your opinion.

Now we all know my view on Gen Ys and how many have been raised to be entitled, but I have seen many a Gen X and some Boomers of the same entitlement lately. And it’s incredibly suffocating and makes me want to punch a few people in the head.

We currently have our version of The Bachelor going on and the girls are in their mid to late twenties, Gen Y, and the amount of insecurity, immaturity and entitlement going on is disgusting. They all believe they’re entitled to attack if you get more attention, entitled to call you names, entitled to bitch and whinge about you.

Some older people think that because they’re older it entitles them to push ahead in lines, not follow rules and generally be as big a pain in the bum as Gen Ys. It seems rules are not meant to be followed any more, it’s just all about doing what you want to do and to hell with everyone else.

Well I say a big fat NO!

You are NOT entitled to my stuff, to use it, abuse it or wear it.

You are NOT entitled to my money if I win any, or my home if I get one, or my car if I buy one.

You are NOT entitled to borrow my things, copy me, act like me, or try to be me.

And most importantly, you are NOT entitled to treat me like shit and walk all over me just because YOU are a bitch and don’t agree with me! I don’t care if you don’t agree with me, but I will smack the crap our of you if you attack me for it.

Have you guys seen this crap going on?