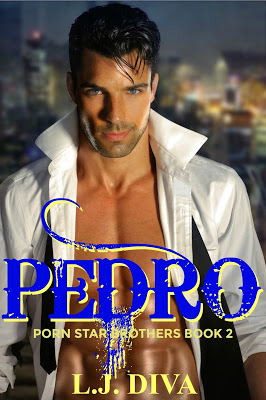 Pedro Stephanopoulos is an Australian born Greek island raised 20 year old who wants the world to know he’s the only dj they should want, or need.

Young, hot and confident in what he does, he does it well, much to every woman under thirty’s surprise and delight. He plays the tunes the way he plays his woman, who also happens to be the boss’s daughter.
But what he wants most is to be the best world renowned dj there is, and he will do anything to be it. Even leaving home in pursuit of happiness. After all, if his older brother can leave, so can he. But little did he know where his leaving would lead him.
The Porn Star Brothers series is available now for pre-sale at Amazon, Kobo, Smashwords and a variety of book stores.