Last year I released three short stories and an anthology under T.K. Wrathbone, as well as the paperback edition. I also released #teenblogger to paperback under Tiara King and released the three Porn Stars books across September and October, after writing them in April and May, with the fourth of that series to be released in March of this year, more on that I future weeks.
Since then I’ve written three more books and have more to go in that series.  The book I wrote in November emotionally exhausted me and made me bawl my eyes out daily because it has a heavy storyline and I was watching documentaries and movies to get the vibe of the time and era. And then, because the universe gave me the idea while writing book #2, I started writing book #4 (formerly #3). And it’s been a huge bastard. Let’s hope the rest will be novellas or short stories because I really cannot write another long book because writing is so damn tiring!
Here’s a quote from prolific author Kristine Kathryn Rusch from a podcast with author Joanna Penn… 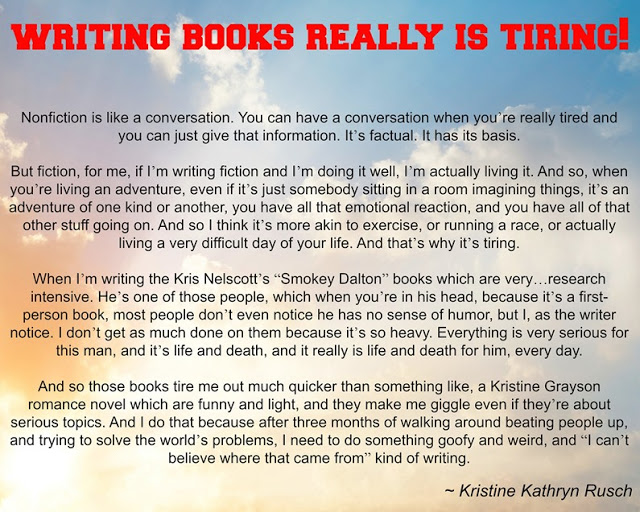 My writing plan for 2017
(1) Under Tiara King the two series I had planned to write have been waylaid for another year or two but…
– 1 – I will be releasing a six book series plus omnibus edition (title to come but it’s awesome I promise) from March 1st in pre-release across e-book and paperback. It’s a look into another side of me and I typed everything up in the September school holidays of 2016 and #1 is currently with my book designer being finalised.
– 2 – I will be releasing two books in paperback, How To Be A Jewel Diva and Closet Confidential which have been finalised for release sometime in the next month or so.
– 3 – I want to get #teenblogger to Ellen DeGeneres so need to craft a letter to her. If anyone can help me out with an address of where to send presents and stuff to her that will actually get to her, much appreciated.
– 4 – I wanted to get my jewellery back into its own website last year but a whole bunch of other stuff came up instead, so it’s on the plan, but we’ll see. So once again selling will be on hold during the year as I cannot deal with all of it. I’m currently looking for wordpress.org templates that would suit the type of website look I want.
(2) Under T.K. Wrathbone
– 1 – I’m releasing a paperback in March called Two Bone Anthology 2 which is last year’s stories in paperback.
– 2 – I will get three stories written, typed up, edited, assessed and out along with an anthology. Thank God I have already done the e-covers.
– 3 – Get the paperback version of them done.
(3) Under L.J. Diva
– 1 – I want to get the first four Porn Stars books done in paperback plus an omnibus edition of all four and release them in September.
– 2 – type up book #2 and have it edited, assessed, a cover done, the interior done and release it in September. But who knows, it may not come out until March 2018 considering everything else I’m doing.
– 3 – get books #3, #4, #5, #6 typed up along with any short stories if I have time.
– 4 – consider a website for the book series, plus an author one purely for books so I’m currently looking for wordpress.org templates that are awesome for books and authors that provide a decent layout and author plug-ins.
– 5 – get family and business trees for the book series made up but I’d have to do that done in Word or on PicMonkey. The Stephanopoulos family tree is huge and keeps growing with every book, along with the business tree so I’ll need a lot of space to fit everyone in. I also have character lists and a family/book timeline typed up. And I’m not even done with it yet.
Now, while I had a plan for what I was going to do and a yearly writing chart, clearly that has changed across the board with all three names because Porn Stars keep coming in my head. It’s obviously for a reason; I’ve had more ideas for these books than any other. So I figured I may as well grab it with both hands and run with it because the universe is giving it to me for a reason.
I read an interview with Debbie Gibson a while back and something she said resonated with me so I tracked it back down and made a quote of it. It’s quite relevant to anyone writing, or doing anything else creative. 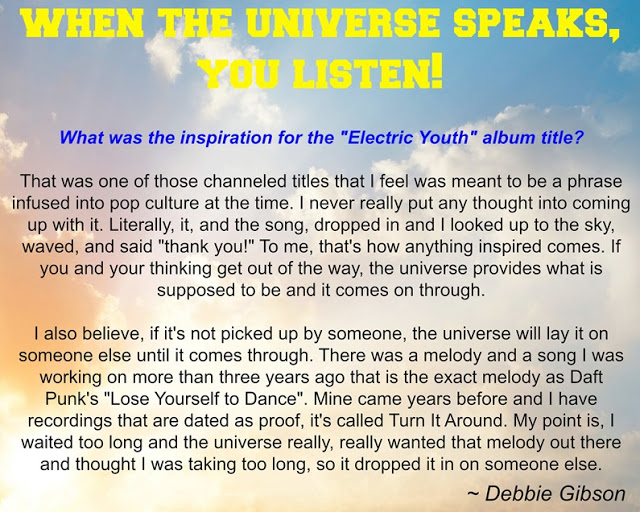 The only way I can get everything done is slot it into a week/month. Once Retribution is up for pre-sale, I will start typing up book #2 and slowly get that done across five months until August. It will be up for pre-sale September 1st for a September 19th release date so Aug is the final month to work on it (IF I’m able to get it done on time otherwise it will have a March 2018 release).
While it is being edited and assessed I can do other things, such as T.K. Wrathbone stories which will take a day or two each, plus have my Tiara King books done, as well as finishing up the other Porn Star short stories and books. Once book #2 is released regardless of it being in September or March I can start typing up book #3 and deal with that until February/September 2018.
I work until 12 or 2 most nights, so that’s about 14 hours work, 6 hours sleep and four hours feeding, watering and showering both of us. Thursdays no work gets done because it’s bill paying/shopping/library day, but hopefully I can get my Fridays back because the blood nurse has now finish up with mum as of two weeks ago.
So, that’s my book plan for 2017. It’s set up until at least 2020, and probably beyond. Hopefully the universe will wait for me to finish with Porn Stars to let me have time to write the two jewellery series, plus the adult crime drama and teen book series, plus more short stories under Tiara King and T.K. Wrathbone so yeah, well beyond 2020. At this rate I’ll be writing until I’m 50. And that’s only 7 years away.
What do you guys think about the quotes?
Have you ever been emotionally exhausted by something you’ve done, or has the universe dropped something in on you that needed to get out?
Spread the love for LJD!