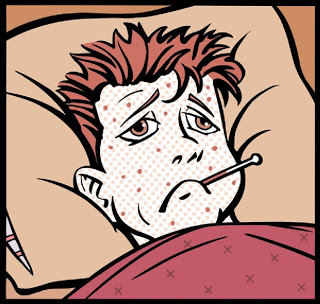 Well mum is over her shit. We hope. She had a melanoma cut
off in November, regardless of being in the house or hospital all year. But
just like with mine he got all of it. It’s on her left arm this time, whereas
the one she had removed in 1984 is on her right and because she had a skin
graft then she still has a big ditch in her arm. This time it’s just a line.

She had her final visits to the hospital in January, first
to see if she still had the blood clots from the surgery, second to see the
doctor. No clots, discharged from the doctor. Now we get back to trying to get
her legs and back fixed. She’ll be seeing a doctor for her lymphedema next. She
has really swollen legs that everyone from every hospital just has no fucking
idea what to do with. But at her last visit she asked the doctor, he said to
ask the nurses. We did, and they said Allied Health at the hospital does it.
The nurse said she’d get a referral from the doctor and it took her nearly a month.
Otherwise mum would have to wait until July at the hospital in town and we
can’t be stuffed going all the way there. Bizarrely, the same hospital has not only been in trouble since last year for their treatment of patients, but just this week some dude turned up with some disease that shut the hospital down. Dumb as shit hospital it is!

My health has gotten a bit better. My back doesn’t have the
damn aches and pain it used to, the migraines have slowed down, and the hip
pain has slowed down. Now I just gotta get some weight off. I’m currently on a
shake replacement plan which you can have the companies meals and chocolate
bars as well but it’s costly, and after the initial weight loss it’s slow to
come off. I indulge one day a week as I just need food, and am thinking of
adding one meal back to the diet just to get some protein in me to keep my
blood sugars level. But sadly my menstrual cycle has gone off on its own
tangent. Hopefully it doesn’t mean menopause is setting in because I’d still
like children. But with my luck, that shit ain’t happening and I’m just gonna
have to deal with the shit life the universe gave me. Which I absolutely refuse
to do! So fuck you universe!!!!!!

Overall, we’re doing okay. It’s been shit hot here in Aus
this summer and we don’t have air con so we suffer on really hot days and we
have more to go.