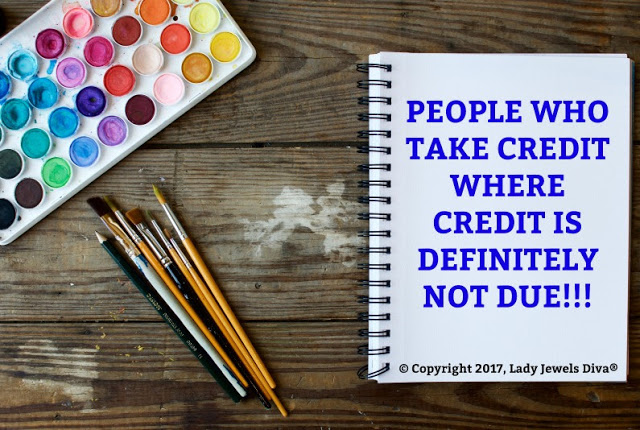 This is something that pisses me to the core. And it happened to me all the way back in primary school.


It always shit me how I would be asked to do things by kids in my class and then they never had the guts to own up to not doing them.


In year 7, a so-called friend who sat next to me asked me to drawer the cover of a book for her. It was a class thing; we got books from the library and had to replicate the cover. She asked, I did, purely because I was raised to be nice and friendly and help people out. So what happened? All of the girls passed our tables and told her how great her picture was. And what did she do? She THANKED THEM!


Not that SHE did it, oh HELL TO THE NO, she didn’t do the cover herself and didn’t say she hadn’t, just accepted the credit for it. This girl screwed me over a few times that year. I don’t know whether it was because she was Greek or the way she was raised, as a flake that flaked out of things and let people down.


All of my life people have let me down, taken what they could take, and given nothing in return and it PISSES ME OFF.


I got so sick and tired of being used that by year 10 I refused everyone everything. I refused to lend my pencils/textas etc because I knew I wouldn’t get them back (like my sunglasses I loaned a male classmate in our year 9 musical and he gave them to someone else and gave me a shit pair in return) or I’d get them back broken. Well no more. No more being used. I was asked by a girl in my class to draw her year 10 typing assignment cover for her, I said no, she called me a bitch. Well fuck you! Glad I didn’t.


In 1996 mum and I started line dancing, and in the early days people thought they could use me to teach them dances because I picked them up so quick. I had rumours and lies spread about me and was used. I was also over it.


All of this has made me be the “meanie” I am today. I’ve had goods broken, not returned. I’ve been used and treated badly for it. Well fuck all of you arseholes, do your fucking shit yourselves and stop being lazy bastards. I’m not responsible for your bullshit, just my own. And no, you can’t wear my clothes or try on my jewellery. If you break it you won’t give a fuck because it’s not yours and you certainly wouldn’t pay for it. Nope, you’d just shrug your shoulders, roll your eyes and go, “it’s not mine”, in your immature whine.


Well then mine is not yours and you ain’t getting anything of mine in the future. You don’t get my time unless I have it and you fucking well pay for it. And pay well.


That brings me back to my fucking brother when he came back into our lives early 2015. All he showed was what a fucking little user he was. Got $400 off mum for his birthday and several of us did, and then within 10 days asked for more. And stupid her loaned it and guess what, two years later he STILL hasn’t paid it back. As much as I don’t like this word he’s driven me to using it, he’s a cunt, and can pay mum back and fuck off out of our lives forever. If I wasn’t living with mum I’d have fuck all to do with any of them. Unfortunately I don’t get a choice; I can just very loudly voice my opinion. Not that mum ever wants to hear it.


And his partner! Well, she made plans about me and told mum but didn’t have the balls to even talk to me about it. She told mum she was all excited to take my jewellery down to her place and sell at local markets. She told mum she was going to get me to sell her shit on eBay. Did she talk to me? Fuck no! If she had’ve I would have told her to pay full price for the jewellery if she wanted to re-sell it. There’s no way in fucking hell it’s leaving the house with her. In 2015 when mum was sick she rang at 8:12 am, woke me up after 3 hours sleep all night and told me she’d gotten a new computer and was going to write a book. Not long ago she told mum she couldn’t work the computer. Hope she doesn’t expect me to teach her so she can fuck off.


And after they had been here for three or four visits in 2015, she walked in here and told me she had gotten books from the library and knew how to fix my nose problems when 1 – I haven’t talked to her about my nose problems, so 2 – she had no fucking idea what was wrong with me, and 3 – how fucking arrogant. She later told mum I had “shut her down” when she’d brought it up. I nearly went into the lounge room and said ‘well what do you expect, you have no fucking idea what my health issues are and here you are arrogantly telling me you’ve fixed it’. How fucking rude!


Have you had people use you then take credit? What did they do and what did you do about it?