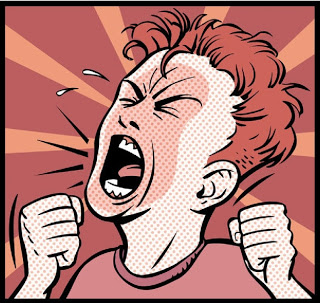 Last week I went and had a pelvic ultra sound to find out
why I was in pain all the damn time. This week, I find out I’ve got a fibroid
in my uterus. Just one more thing to add to the pile of jack shit in the fucked
up city that is my life .

My hair has thinned by half over the last year, but had been
thinning for about seven years before that. And I’m not just talking the hair
on my head. My back and hip pain has flared, I cannot breathe, I cannot sleep,
my knuckles are flaring up, swelling and cracking, I have multiple skin issues, a stupid back, my life is just getting
shitter and shitter and no one gives a fuck.

I also had an eye test about two months ago because I haven’t
had one for a while and it was time. I have floaties (little black cotton like
things) which I knew, and found out the oily covering my eyes get are not from pollution,
but something my eye was doing itself. He recommended glasses for reading so my vision was
clearer, even though I technically didn’t need them.

My menstrual cycle has been stuffed since the late
naughties. In fact, my menstrual cycle is so screwed that I’m have periods
while taking the pill (basically a non-stop bloodfest that a vampire or zombie
would love). That shit’s just not working anymore and I’ve been on three pills
in three months to try and regulate it. My health has plummeted, my weight has
been up and down, so has my pain. I have a ring of spider veins around both of
my thighs that have popped up in the last few years and ache when I sit to
work, and I have sections of them down my leg and around my ankles.

I’m only forty-fucking-three for fuck’s sake!

I also found out this week that the female doctor we have
currently been seeing is leaving, leaving us with no female doctor to go to. On
top of that, our original doctor retired, and the gyno stopped coming to the
clinic. So that means finding another gyno and another clinic.

It’s in times like this, health wise, that I melt into
despair at the shit life I have. Yes, there are people worse off than me. But
there are also people better off than me. Neither is living my life, and I am
not living theirs. I am living mine and mine is shit. So be it, it’s no one
else’s business.

I don’t suffer from fomo (fear of missing out), I suffer
from homo (hatred of missing out). I HATE missing out on all the things I see
other women doing. Partners, children, families, holidays, homes, life,
laughter, no stress… I’ve missed out on all of that and I hate it because I’m
the dumb bitch stuck caring for my narcissistic mother while my five siblings
fuck around having lives.

I hate seeing what other women have on Instagram and
Facebook, but then, a lot of it’s probably as fake as shit, just like their
sponsored posts.

My life sucks and that’s all there is to it. It won’t change
unless I win lotto or a RSL Art Union house or mum dies or goes into a nursing
home. There is only so much I can do to change it right here and now, but
considering my body is falling apart due to the fucked up stress I’m under, it
won’t change. I’ve added to my stress by setting up another business, but that’s
in name only and I’ll tell you about that in a few months.

We’ve had four different companies fuck us around since
April and since I’m the one mainly dealing with them the burden’s on me. Then there’s the hospital fucking mum around with her breast screen tests AND she needs two new hips…

I’m fucking over it and want it all to end.

How’s your health been?