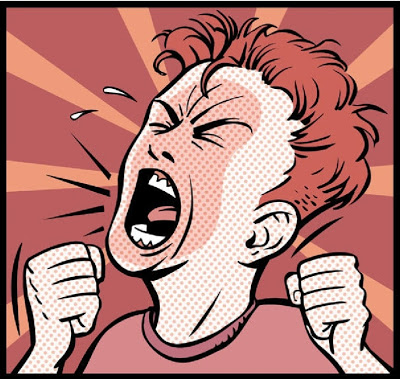 This week’s blog post is coming to you late because oh wait, take a look in the search bar, I changed my domain’s url!

And my hosting company!

The last one was shitting me up the fucking wall. Not doing
what I asked, ignoring me for days on end, leaving one of my websites down for
a week and expecting Google to fix it because I’d added their G Suite records to
the domain. As I said to them, fixing my website was not GOOGLE’S JOB. The bitch
still left it down then allowed it to expire even though I had renewed it two
weeks before.

I’d had a gutful and the week they left my website down,
about a month ago now, I decided enough was enough and I went looking for a
hosting company.

I googled for Australian hosting companies and came across a
forum called Whirlpool where I found countless threads about changing hosts and
which one was best. One kept coming up time and time again so I checked them,
as well as three others. I also asked everyone on a Facebook author page I
belong to.

I narrowed it down to four, then two, then one, all because they
are active on their Facebook page.

My old hosting company was ignoring me and my tickets so Monday
night I went ahead and signed up to the new company after countless emails back
and forth.

Unfortunately, it was not, and has not been, smooth sailing,
but I know it will be worth it in the end.

First, the package I was told would be perfect for me was
not perfect after all and I had to cancel it and buy another package.

Then, several epp codes for domains weren’t working and I
had to get my old company to update one. That took over a day. I had to spam
them on other things to get them done.

The migration over was quite quick and easy and basically
done in one day except for two domains.

Then came setting up the new domain url here for this blog.
Wednesday night it was done and worked.

Thursday it had disappeared!

Friday I was told so many things my head spun and I was over
it. But finally, it was all fixed again and I hope it stays that way.

The only thing left at this time is one last domain transfer
that I can’t get registrant approval on. It’s going to contact@privacy.org,
supposedly it’s the secret version of my email, but nothing is coming to me at
this time, so I have no idea how long it will take or what will happen when I
leave my old hosting company. I’m due to renew my hosting with them on the 17th
but I won’t be.

Has the migration been painless?

Would I recommend this company?

There has definitely been issues that weren’t being fixed
fast enough due to the fact I dealt with way too many people and it wasn’t just
me they concentrated on at the time. That’s been the main issue. Too many cooks
in the kitchen. But I did manage to follow simple instructions on setting up three new wordpress websites, and getting a few other things done. Their dashboard is different to my old one but has the same areas.

I’ve been stressed all week, all month even, and now I have
a stupid head and chest cough and stuffed nose AGAIN, all because this has been
dragged out firstly, by the old company, and now by the new one.

If you’re a newbie to hosting, give them a go.

If you’re migrating, give them a go, but make sure you have
plenty of time to do it, or know what you’re doing.