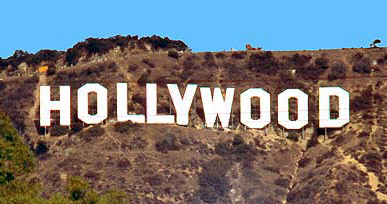 What the hell has been happening while I’ve been away?

The #metoo campaign has ripped to shreds everything Hollywood was. Is that a good thing? Not completely, I don’t think.

When the whole Harvey Weinstein thing came out I got the really bad feeling that Hollywood was about to implode, and it’s moving at a fast pace. More and more women come out with stories; more and more men are losing their jobs. Not just in Hollywood, but it’s happening here in Aus as well.

What I find really sad about this shit, is that men are losing jobs and careers without hard evidence. They are being fired on hearsay, and as Judge Judy would say, that doesn’t hold up in a court of law.

We all know in a court of law there needs to be evidence beyond reasonable doubt. So far, there isn’t any. It’s all been hearsay. Just because women make a claim, does not make it true. And sadly, as we say here in Aus, it’s been a stacks on, which means everyone’s stacking on the movement just for the sake of it.

I’m with those who think outside the box. I don’t fall at the feet of women or men just because they say something happened. I stand back, examine everything I’ve heard, read or seen, and then ask questions. Many times questions no one else seems to asks.

There are many psychologists, I’m sure, being asked onto TV shows to talk about why women don’t do those things, and nine times out of ten, it’s because of fear of losing the job, or being kicked out, embarrassed, etc.

Quite frankly, no job is worth your self-respect, your self-esteem, your self-worth. Even Judge Judy would tell them to go and work at a MacDonald’s for $2 an hour just to earn money. I really don’t get why fame and fortune were more important than their mental well-being.

Do women not want to stand up for themselves? Do they not want to protect themselves and keep some form of dignity? Are they really that scared of being blackballed in the industry/never getting another job that they allow these cock sucking arseholes to get away with it?

Maybe I’m from another era, although I’m only 43, turning 44 later this year. Maybe it’s because I’m from hardy German/English/Dutch stock. Maybe it’s just because of the life I’ve had the last 25 years, I’ve learned to not take shit from people. I sure as fuck wouldn’t stick around and let it happen. I wouldn’t even entertain walking through the door if a guy answered it in a robe, and if I did and he tried something, I’d rip his cock off. Jobs are not important, your health and well-being is.

So while many think the #metoo campaign is important, and to a degree it is, I have a bad feeling it will not only turn people, men and women, against women, especially these actress, but will actually backfire in the long run. In the last month or so with awards shows, you’ve had them all wearing black, and all sniping at the men in the industry while handing out the awards. Bitch, you do that to me you’re getting my fist in your face.

Quite frankly, how fucking dare they make snide remarks like petty little bitches? Grow the fuck up and be mature adults about it.

On SNL, they made snide remarks about how it took a week long campaign of shame to get Mark Wahlberg to give the extra money he got for the movie with Michelle Williams and Christopher Plumber to the campaign.

Bitch, the fact that you thought it was all right to shame him for having better negotiating skills than Michelle ‘piss weak’ Williams in the first place was disgusting and does not endear me to you.

No man should be shamed into something for the sake of women getting what they want. And vice versa.

And there is plenty of proof that the glass ceiling does not exist because too many women start, run, own successful businesses. They are owners, CEOs, directors, and they didn’t let any man stop them. And if you need more proof that there is no glass ceiling, I have one word for you.

Hollywood is imploding, and in a couple of years at award shows, they’ll be looking around going, where are all the men?

Exactly where you put them, bitches. In the trash.

I actually feel sorry for the men losing their jobs on allegations alone, especially if the claims are not true. I know what it’s like to have lies spread about me, and it’s not fun. So I really hope there is hard evidence around somewhere, otherwise lawsuits will run rife and I for one will not be surprised.