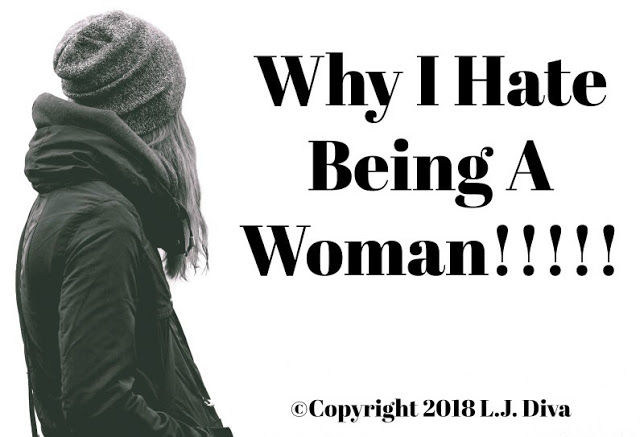 You don’t really think about it when you’re young. You know you’re different to boys, you have things they don’t have and vice versa. You find out in your teens that you bleed from between your legs, right where that coarse curly hair is suddenly growing. Your hips spread, you get stretchmarks, if any, and your chest spurts forward into two large bulbous balloons. If you’re lucky. Or unlucky, depending.

I had hips and boobs at ten, my period at eleven, stretch marks on my boobs and hips because of it. Life was embarrassing. I was the second girl in my high school first year class to have boobs, the others were still flat, and like many, I wore jackets and vests to cover them up. I had hair growing in my arm pits, and my pores blocked up. At eighteen I had to go on the pill to regulate those damn dastardly blood cycles as they were all over the place, and while it helped, it didn’t completely fix the issues. I tried several pills over the years, but after some intermittent bleeding, I had to see the gyno in 2009 for pain I was having.

After having a laparoscopy to see what was wrong, and nothing was, I went on the pill that was the miracle cure. It cut my period down from 5-7 days to 3-4 days. I bled less, had next to no cramping, no pimples and all was perfect.

Until my hair started thinning.

In early 2017 I went back to that gyno because I’d had that damn breakthrough bleeding again, and he switched my pills around and I tried a few others. None worked. And then he left and retired. So I had to put up with it and have tests until I could find another gyno. And no, apparently the pill didn’t cause my hair to thin, but I think it did.

In late 2017, I finally got to see a gyno and she put me on another pill, not birth control, and that hasn’t really helped either. I’m having pimples again, and while I’m not bleeding inbetween, my cycle cracks a fuckshit and comes when it wants to and lasts for however long it wants to. Like for 16 freakin’ days!!!!

Can you see why I hate being a woman?

Sore boobs, period pain because of bad periods, stretchmarks, fibroids, pimples, thinning hair, chipping nails, bad skin, weight issues due to god knows what. The list seems to be never-ending for issues we have that men don’t. Yes, they can also get breast cancer, but for fuck’s sake, why do we have boobs in the first place when not every woman has children. With the way things have gone, I never will, and that’s another fucked up thing to bitch about. Our biological clock is running out!!!!!

I’m sick and tired of wearing makeup, doing my hair, worrying about skin care, keeping my nails from breaking, wearing nice clothes, bleeding whenever my uterus feels like it, etc, etc, etc.

God I wish I was born a boy!