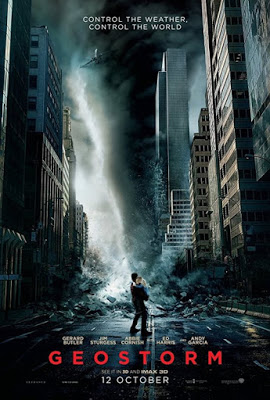 I was hanging out all last year to see Geostorm. I love a good disaster pic, and thought this would be one since Dean Devlin was behind it.

Overall, it was mediocre.

Some good actions scenes, some good end of the world blow ’em up scenes, but I just felt that it didn’t really cut it alongside bigger disaster flicks.

If it was on tv, I’d watch it again, hell, I’ve seen San Andres a few times lately, can’t really bypass a disaster flick, even if Gerard Butler is in it. 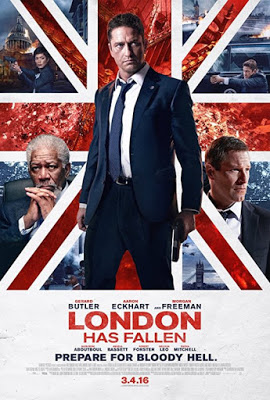 I’ve also been hanging out to watch this, and while I did see it a while ago, it’s been on tv a fair bit lately so I’ve seen it a couple of times.

All the good stuff is at the beginning. All the blow ’em ups, London being torn apart, yada, yada, yada, and then it petered off. Olympus has Fallen was more violent, more action packed, this, not so much. And apparently there’s a third film in the trilogy on the way. No wonder Gerard’s producing partner didn’t want to touch this, yikes.