Yes, I know these came out last year, but I don’t go to the cinema and I’m usually waiting for them to come to dvd at my local library. I also completely forget about watching movies because I’m so damn busy.

So here are my reviews. 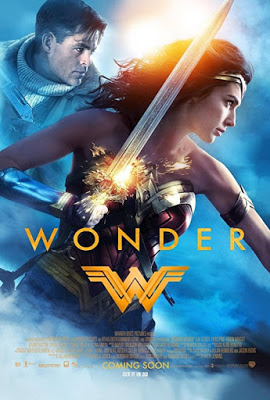 Maybe it’s just because I found most of it boring. I get that movies, like books, need a slow build up, and we needed to see Diana as a child and how she came by her powers, but blimey, the whole, going to Europe thing was as boring as!

Are her powers awesome, yes.

Is her outfit awesome, not really.

I get that she’s half amazonian half god, and on an island like that they’re not going to wear much, and they need to swing from things and jump from horses, so, the less the better. And Linda Carter didn’t wear much more, but at least her outfit has colour.

And by the way, why is her hair so damn perfect even when she’s fighting? It’s like a Clairol ad!

I’ll leave you with that thought. 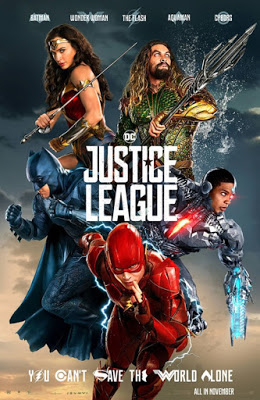 I really only watched this to see Henry, and sped through most of it because, hey, boring.

What was the threat? Steppenwolf, a threat that barely had a mention in Batman V Superman, and yet here he is, just suddenly appearing. I think I really did speed through this section. Clearly I need to watch this movie again because Henry Cavill….shirtless…. seriously, how disgustingly good looking can one guy be…? And why is his voice so much deeper? And unfortunately they CGId his face because he was filming Mission Impossible at the time and had a face full of hair.

Finding new heroes, yeah, okay, I got used to The Flash on tv, so this dude, Ezra, was on my nerves a bit, but by the end of it, I was warming to him and found him kinda cute in a nerdy funny way.

Some gags were so obvious, some jokes, meh, I can see why Marvel has worked much better. I can also see why DC’s cartoons and Superman/Batman movies worked better. I just don’t think these characters are meant to be a big series like Marvel. It was really just one big long running joke of a movie.

The writing is blah, the acting is blah, unless you’re just watching for Henry Cavill, I mean, seriously… But he was only in it for what, forty minutes? And even then, shirtless….yeah, right, where was I….mmm, shirtless Superman….no, wait, the movie, it was boring mostly, some funny bits, some meh, I could have written that myself, and so not big movie series material.

I can see why they constantly remade Superman and Batman movies…but Henry Cavill….mmm, right, I gave Henry 10 out of 10 and the movie 6 out of 10.

What did you guys think of these movies?

Are you a DC or Marvel fan?

Or do you even give a shit?