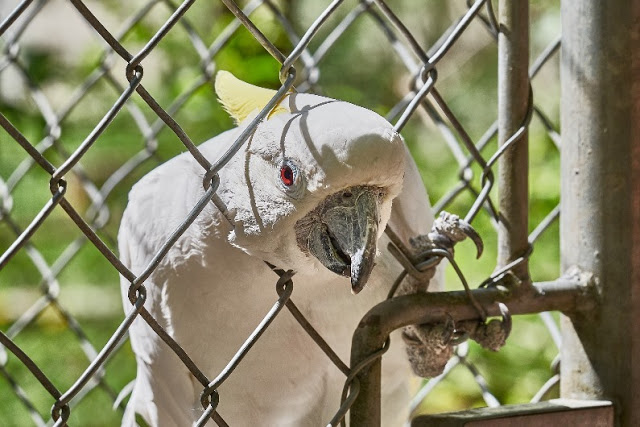 I’ve read a lot over the last couple of weeks about author, Faleena Hopkins. She trademarked her book series, just last year, which is fine, however, it’s been her attack on authors using the word she trademarked that has soured the community against her.

Her series is technically The Cocker Brothers, but she also trademarked the word cocky.

The US trademark system allowed her to do so, which, again, is fine, albeit idiotic, but that is not the issue.

Since obtaining the trademark, she has gone after every author using the word cocky in their book titles, series, or even keywords.

That is what has riled the author community against her. The legal letters she has sent to all of these authors asking them to change their book titles. When they didn’t, she then emailed Amazon to complain and Amazon stupidly removed any and all romance books with the word cocky in the title or description, causing many authors to not only end up in tears, but to lose out on money, have their books banned, and/or are unable to do anything about it.

Of course, that means that Amazon has had a whole barrage of letters, even from the Romance Writers of America who sought legal advice from a trademark attorney. One author, Kevin Kneupper, an ex-trademark attorney himself, filed an opposition against her to stop her from being able to trademark the word and thus to stop her from harassing all of the authors she’s been harassing.

Faleena went on a rant at her website, Facebook and YouTube where she posted a video of her basically mentally falling apart over the issue. It went for over an hour and a half.

She has alienated the community she claimed she belonged to, she lied through her teeth about being bullied. Sure, she may have been by some, but when you’re sending legal letters to authors over something so banal, and then attacking them via their sales pages, that is absolute shit. And yes, you should be taken down for it.

I have not watched the video, but have read multiple blog posts. Quite frankly, it sounds like this woman is arrogant beyond belief and quite the narcissist.

It’s one thing to want to protect what you have created, another to attack wantonly left, right and centre. No one had heard of you before this, and now all you’ve done is made people never want to hear of you again.

It’s sad that she stooped so low, or felt the need to. It’s also sad that she had no advice whatsoever on trademarking such a common word. She attacked others for using the word and demanded they change their titles, yet claimed she could not change her own when people rallied against her and said that marines never call themselves soldiers and she should re-title her own book before she insulted all of the marines out there. On top of that, she seems to have trademarked the word in a certain font, which, is illegal since she did not have permission to do so from the creator of the font, or the place it was sold. And Creative Market prohibits their goods being resold or trademarked. So Faleena Hopkins could be in quite a lot of trouble.

There seems to be many contradictions where this woman is concerned. I doubt she had decent legal advice, if any, and it seems to me that she should not be the one sending anyone a letter to cease and desist, it should have been her lawyer. To be personally involved makes things worse for her.

Since the whole saga blew up, she shut down her social media channels and presumably went into hiding, especially when the hashtags #cockygate and #byefaleena turned up.

I’ve added some links below from websites still talking about it. They can be found on the first two pages when you google cockygate, and this one is where I first read about it – Pajiba – and this awesome review of the whole saga with awesome gifs – NastyGal book Reviews

As someone who has trademarked a whole bunch of names and titles I know where she’s coming from, but shake my head at the bullshit she stirred up.

For the record, here in Australia you can trademark author names, series titles, blog names. Hell, you could even trademark your own name if you wanted to.

But, it’s only for the country of Australia. Sadly it would cost way too much at this point to trademark world wide. At least $30,000 AUD for each trademark, which I seriously cannot afford.

But at least I have the legal backing behind me.

I have also been opposed. And it’s not something you want to happen. They bring up all sorts of ridiculous absurd things to oppose you with, such as, people would not be able to tell the difference, and you’re not currently using it.

And you can read about that over at my style site, Jewel Divas Style.

I get that an author wants to protect their work, but seriously, if it’s putting you on the outer of the groups you claim to be a part of, yet no one has ever heard of you, and you’re seriously pissing everyone in the world off, don’t do it. Just don’t. And if you absolutely have to, then do so through a lawyer and do it properly and not some random hack job because you’re pissed off and some sort of stupid insane bitch.

Seriously, Faleena, man up and grow a fucking pair. Stop being arrogantly narcissistic and learn to do things properly. You don’t email someone to take it down and then email Amazon instead and have them pulled without giving them adequate time to do anything. Everything has a due process, of which you have not bothered learning. You also have clearly not bothered learning any freakin’ manners when it comes to how things need to be administered.

As one trademarked author to another, get fucking real, pull your head out of your narcissistic arse, grow a brain, build a bridge and then get the fuck over yourself.