We can no longer buy from America!

As simple and cut throat as that.

All because of our new GST (goods and services tax) that came in this year. In an effort to get more GST out of foreign stores selling in Australia, the government brought in new legislation for goods purchased under $1000. We never paid GST on them before, but thanks to arsehole store owners like Gerry Harvey of Harvey Norman stores, we now have to pay, and we now cannot buy.

Thanks a fucking lot for nothing you arseholes.

So that means, to skirt around paying the GST, Amazon has cut us off. They claim our Aussie Amazon store will now have over 60 million goods to buy from, not the 500 million they currently sell. It means, we cannot get most things, and what we can get, some things seem to have tripled, if not quadrupled in price.

Unfair on all counts.

Before long, all overseas stores will stop shipping to Australia as a way around paying taxes here, so that means we go back to the old ways of shopping, where overseas stores don’t ship here whatsoever.

It sucks, and we only have stupid Gerry Harvey to blame.

So, I’m glad I managed to buy the last book that Jackie Collins self-published via paperback before it happened, otherwise, I wouldn’t be able to buy it.

She obtained the rights to at least five of her books back before her death. I’m unsure if there were any more, but five of them came out in paperback and e-books with awesome new covers. She also updated The Bitch for the current times, and I’m glad I bought them. 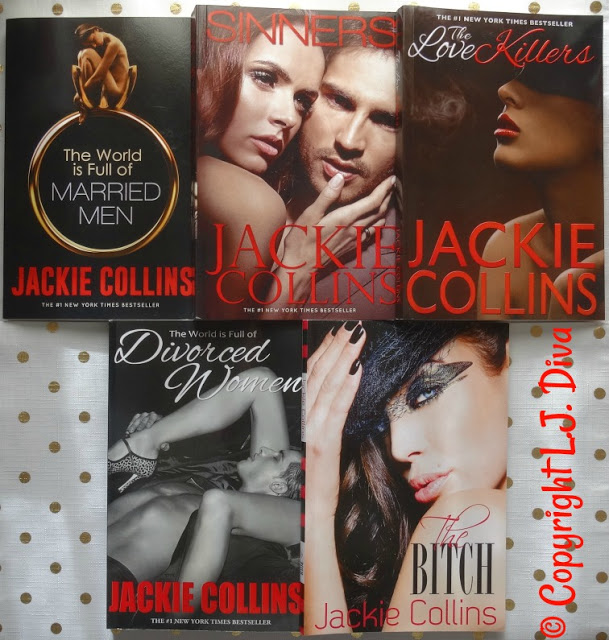 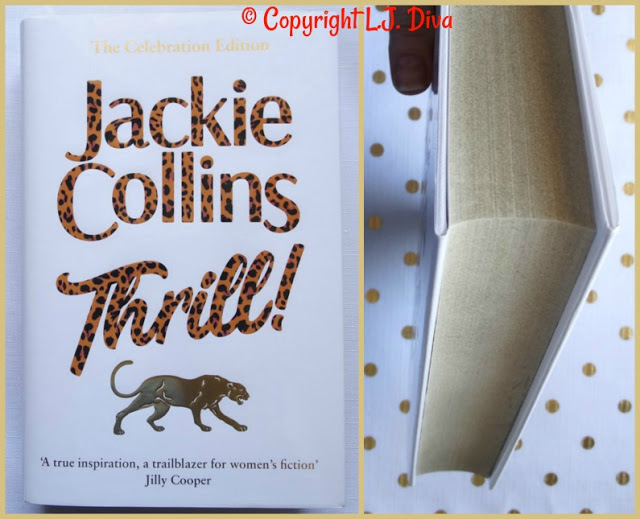 It has an interesting interview, apparently one of her last, in the back of the book along with pictures. The interview is interesting in the fact she mentions the Hollywood casting couch, and since Harvey Weinstein was in the press last year, and is again, I thought I’d post a pic of that part of the interview. 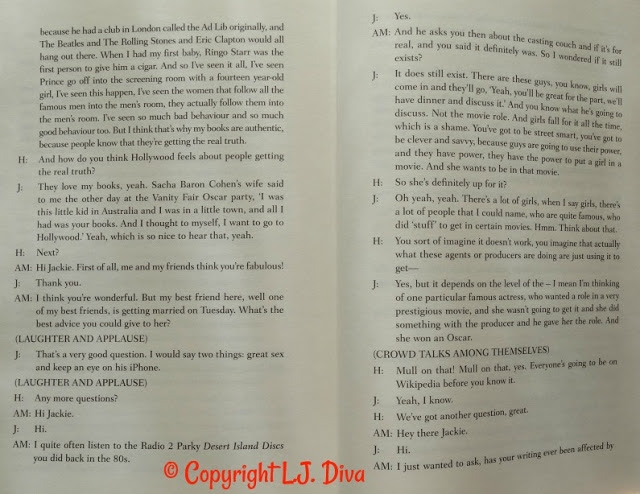 In tracking down some of her older versions in paperback, I bought this US version of Lucky from the 80s or 90s, I want these covers because of the jewellery theme they went with, and found another interesting interview in the back of the book… 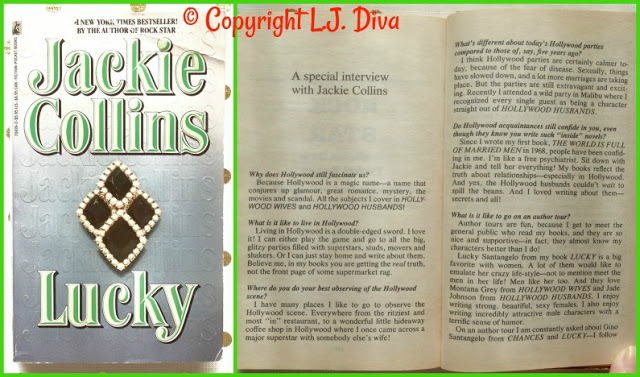 Jackie often said she knew all the secrets of Hollywood, but toned them down for her books. She never named names, often combined several celebrities into one character, but the celebs always thought they knew who they were in her stories.
She clearly knew more than she told, and here we are with Harvey Weinstein having his go round again. If only Jackie was still alive, the stories she could tell about this…
Spread the love for LJD!