It’s been three years since Jackie passed and I am still gutted by that fact. By the fact she died knowing she had ignored her lump until it was too late when she could have halted that damned disease in it’s track.

Her death urged me on to write the initial novellas, then the novels came, and so this whole series is dedicated to her.

My inspiration, my hero, my mentor.

Back in 2007 when she was here in Aus, she was on morning tv and inspired me to write her a letter on her website. She answered on her site and subsequently answered a second question. I didn’t get to take a screenshot of it, but did manage to copy/paste her replies into word.

TIARA KING IN ADELAIDE (my questions)

Q: 1 – was it easy for you to first become published?

2 – how long does it take you to write a book from the very first idea to when it’s done and do you write your book from start to finish, or do you write each person’s story, then weave it all together?

3 – what is the genre of your books these days? Is it “romantic suspense” or “erotica?” And when does it cross the line and become erotica? When there’s romance, sex, murder, stalkers, killers in any one book, that’s quite a few genres.

There’s also something I hope you can help me with. For years I had a very vague idea of a book that I wanted to write and I kept thinking of a scene I read in one of your books. I kept thinking, that’s the sort of book I want to write, but for the life of me can’t remember the book. There was a man that made his woman strip down and serve his business friends drinks. She fluffed her hair, put on a gold belt, lipstick and stilettos then walked into the living room and asked the men what they wanted to drink. They stared in shock at the naked woman in front of them and then she walked back into the bedroom. That was one of yours, wasn’t it? I’ve only read a few of your books, but that scene clearly stuck in my head. So much so it’s been there for about ten years.

2 – It takes me about nine months to write a book, and my characters take me on a visual trip.

3 – I would call my books “relationship” books, and they would probably listed under literature, although I consider myself a storyteller, not a literary writer!

And the book you are talking about was The Love Killers, and yes indeed, it was one of mine.

Q: Hi Jackie, I think my name’s great too, so if you ever want to use it for a character name, be my guest, just make me a hot, sexy, ass-kicking woman. Lol. I have a couple more questions:

1 – Who first suggested cutting down the chapters from the “normal size” to just a page or two. You or the publisher? I’ve found that a little strange since publishers like 20-25 page manuscript chapters, and in reading some of your books the chapter is sometimes only a page or two long. Although in thinking about it, it seems that each person’s story is a chapter and so the book flows that way. I’m curious as to why they are short, who thought of doing it and do you write that way?

2 – I heard you say when you were here in Australia that you don’t type, so does that mean you don’t type up your books – I know you write in longhand, so do I – I figure you have an assistant, so I just wondered how you present the book to your editor. If that’s not too rude a question.

Jackie: Hey Tiara:
Nobody suggested cutting down the chapters, that’s the way I write. I think short chapters are fun. I remember when I was growing up and reading books, I would be in bed at night really tired and I could never get to the end of the chapter because they went on forever. So my style of writing is short sharp chapters that really capture the characters and what is going on in their life. To answer your second question, I have a great assistant, Vida, who puts my handwriting onto the computer and types up all my books.

Here are some of my favourite quotes from her… 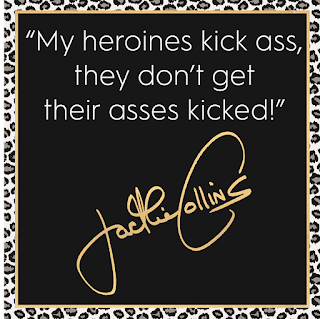 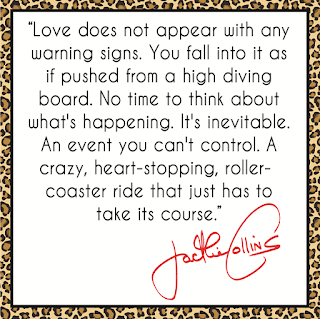 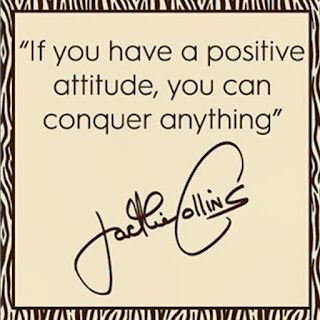 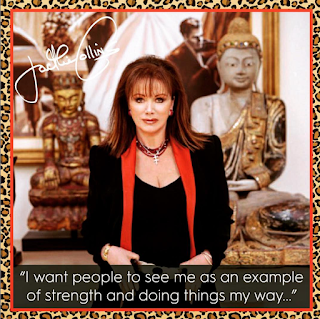 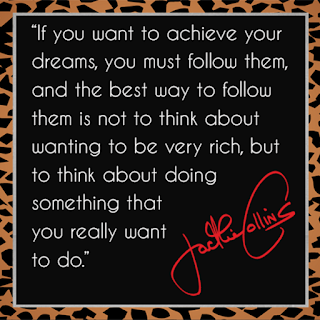 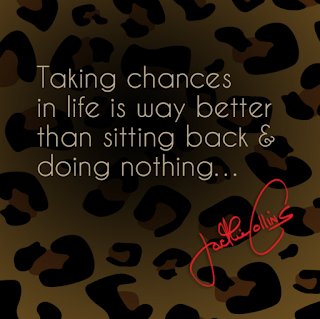 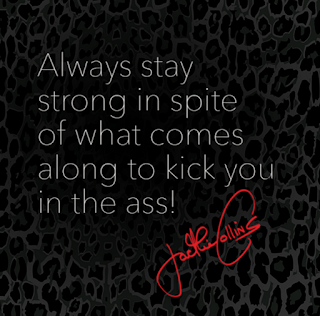 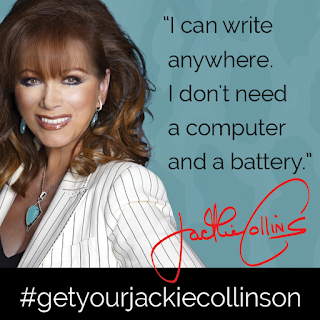 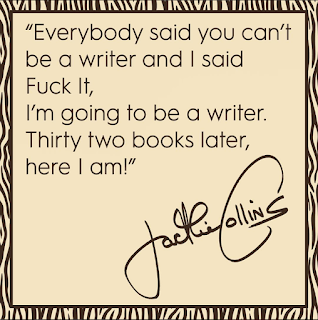 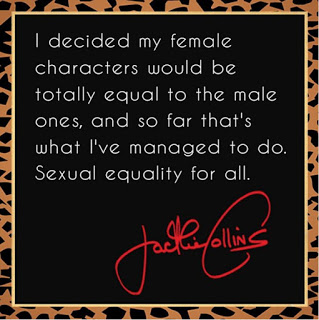 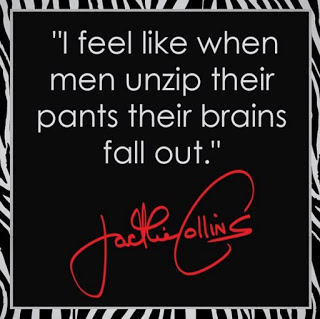 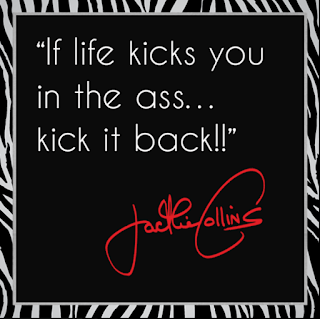 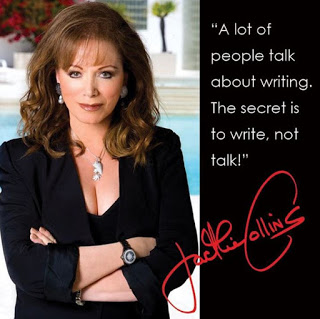