I’ve read two books in recent months, The Key by Kathryn Hughes and the, apparently, wildly popular The Woman in the Window by A.J. Finn. 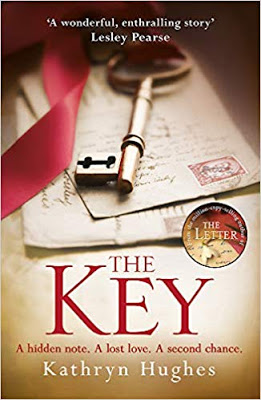 1956
It’s Ellen Crosby’s first day as a student nurse at Ambergate Hospital. When she meets a young woman admitted by her father, little does Ellen know that a choice she will make is to change both their lives for ever…

2006
Sarah is drawn to the now abandoned Ambergate. Whilst exploring the old corridors she discovers a suitcase belonging to a female patient who entered Ambergate fifty years earlier. The shocking contents, untouched for half a century, will lead Sarah to unravel a forgotten story of tragedy and lost love, and the chance to make an old wrong right . . .

I can’t remember how I found this book, I think I was looking for something else and saw the blurb and became interested.

It’s sad, I’ll put that out there now. I cried a lot at the mistreatment of Amy (won’t tell you who) and found the small twist to be surprising, but understandable since I figured someone’s father was someone of importance. I’m surprised it turned out the way it did, and yes, again, it was sad so have tissues ready.

It held my interest, had large print, even though it wasn’t a large print book, and I managed it in 2-3 hours. I may also read some of her other books as they seem along the same line and genre as this one.

Next up, The Woman in the Window (available at Amazon here) 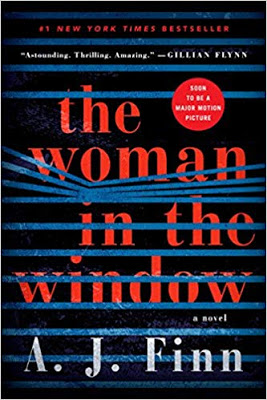 Anna Fox lives alone—a recluse in her New York City home, unable to venture outside. She spends her day drinking wine (maybe too much), watching old movies, recalling happier times . . . and spying on her neighbors.

Then the Russells move into the house across the way: a father, a mother, their teenage son. The perfect family. But when Anna, gazing out her window one night, sees something she shouldn’t, her world begins to crumble—and its shocking secrets are laid bare.
I found out about this book when the author appeared on an Aussie tv morning show. It seemed really interesting so I got it from my local library, and while it’s just another one of “those books with woman/girl” in the title, and it is, there was a twist I didn’t see coming, BUT…

Within the first five chapters I figured out what happened to the husband and daughter.

By page 180 I wanted to punch the female lead in the head.

By page 200 something I wanted her dead she was annoying as hell. She was to blame for what had happened and quite frankly, who the fuck did she think she was, so, I take it the guilt trip she was laying on herself was the reason she stayed a drunk.

I understand WHY she was doing what she was doing BUT…it became all about her needing a crutch and not wanting to deal with what had happened even though she was seeing a doctor.

I cannot stand women, or people in general, who wallow in their self-pitying bullshit. Which she did.

I know this is being made into a movie with Amy Adams, but I have no need to watch it since I’ve read it, and don’t want to see the stupidity of this character on the screen.

I also think this book has been put in the thriller category, but it’s not actually thrilling. You can guess the storyline, and except for that one twist near the end which will leave you wondering about another tiny twist, it’s still not a thriller. I’d put it in the adult contemporary genre. It’s not horror, and not a thriller, but I guess publishing houses put anything under a genre these days. They’re not as picky as they used to be.

Have you guys read these books, and if so, what did you think?