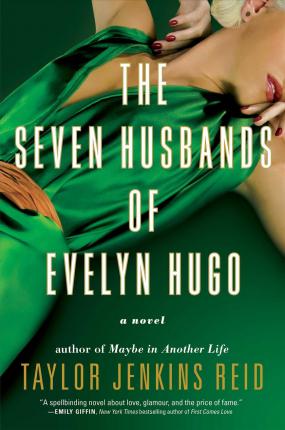 The Seven Husbands of Evelyn Hugo.

I don’t cry during many books, but this one hit a nerve on all fronts.

It kept me reading, wanting to learn the secret that Evelyn had to tell, the tall tales of her seven husbands, the fame and fortune she amassed along the way, and why she wanted Monique to write it. There was a twist I did not see coming, although my brain was working overtime to guess what the twist was, I certainly didn’t expect it to be what it was.

This story was like a fictional retelling of an old Hollywood version of Elizabeth Taylor’s life. The men, the money, the fashion and jewels.

Evelyn was no different to any other star back in the day, always striving to be the best, get the best roles, marry the hottest hunk of the time, most of them did back then. And yes, many turned out to be gay.

Poor Harry, he and Evelyn loved each other dearly and his death killed me.

I’m surprised it wasn’t explained more clearly. He and Evelyn were flying home that night to their daughter, but for some reason he went to see his lover, got drunk and crashed his car, killing his lover and putting himself within hours of death.

It made no sense that he would do that. Not after talking to his daughter on the phone that morning, telling her they’d go to Wiffles the next morning. The only reason I can formulate, after finishing the book, was that he’d been speaking to his lover, his lover had given him the letter/he’d received the letter, and they’d gotten drunk and maybe argued on the way home and crashed.

Why no one else found them, or called an ambulance beats me, but then it was the set up for the story.

Evelyn sobbing by his grave killed me even more. So did Connor’s death.

It’s not hard to go through husbands or wives these days. These days are no different to those of Hollywood past. Men beat their wives, you grow apart, you cheat. It’s all the same, no matter what era, no matter what country. Marriage, followed by a divorce, was the norm, all for covering up the fact many stars were gay, and the studios dictated their lives.

I loved it (despite what I thought were its minor issues), probably because I love stories of old Hollywood, and the hardcover is awesomely green.

But damn you, Taylor Jenkins Reid for making me sob my eyes out and needing to take antihistamines and anti-inflammatories to calm the swelling down after reading it. And crying again after re-reading parts to write this review.

I’m giving this book a 100/10. And yes, I know it’s two years old, but seriously, I just never find these books until years have gone by.