I finally managed to read the second Karen M. McManus book, Two Can Keep A Secret. Her sophomore book and follow up to One of Us is Lying, it’s just as exciting as the first.

Just as with the first, this book makes me want to buy it, it was enthralling and kept my attention all the way through, and you should be able to guess the twist at the end. 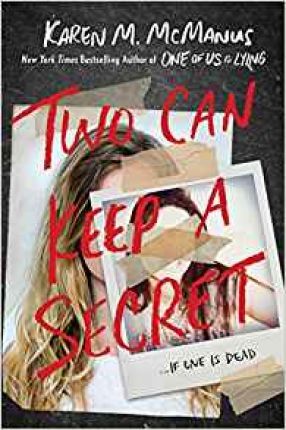 “Echo Ridge is small-town America. Ellery’s never been there, but she’s heard all about it. Her aunt went missing there at age seventeen. And only five years ago, a homecoming queen put the town on the map when she was killed. Now Ellery has to move there to live with a grandmother she barely knows. The town is picture-perfect, but it’s hiding secrets. And before school even begins for Ellery, someone has declared open season on homecoming, promising to make it as dangerous as it was five years ago. Then, almost as if to prove it, another girl goes missing. Ellery knows all about secrets. Her mother has them; her grandmother does too. And the longer she’s in Echo Ridge, the clearer it becomes that everyone there is hiding something. The thing is, secrets are dangerous–and most people aren’t good at keeping them. Which is why in Echo Ridge, it’s safest to keep your secrets to yourself. “

It gave me a Veronica Mars vibe, especially the first season when her best friend died and she was trying to find out the big secret. Which she did. That secret is this secret and well done for a young adult book. I definitely recommend both books by Karen.

I highly recommend this one too. 9/10

The highly anticipated sequel to the New York Times bestselling thriller everyone is talking about, One of Us Is Lying! There’s a new mystery to solve at Bayview High, and there’s a whole new set of rules. Come on, Bayview, you know you’ve missed this.

“A ton of copycat gossip apps have popped up since Simon died, but in the year since the Bayview four were cleared of his shocking death, no one’s been able to fill the gossip void quite like he could. The problem is no one has the facts. Until now. This time it’s not an app, though–it’s a game. Truth or Dare. Phoebe’s the first target. If you choose not to play, it’s a truth. And hers is dark. Then comes Maeve and she should know better–always choose the dare. But by the time Knox is about to be tagged, things have gotten dangerous. The dares have become deadly, and if Maeve learned anything from Bronwyn last year, it’s that they can’t count on the police for help. Or protection. Simon’s gone, but someone’s determined to keep his legacy at Bayview High alive. And this time, there’s a whole new set of rules.” 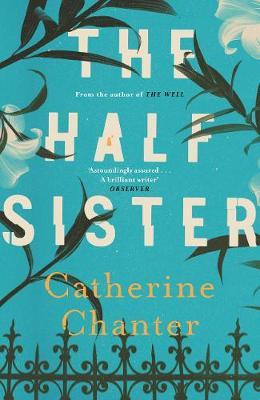 I’ve also read The Half Sister by Catherine Chanter.

“When she was sixteen, Diana left her unhappy family and set out to make a new life. Twenty-five years later, she has arrived. Recently married to Edmund, she lives with him at his family’s historic country home.

But when Diana hears that her mother has died, she impulsively asks estranged half-sister Valerie and her nine-year-old son to stay. The night of the funeral, fueled by wine and years of resentment, the sisters argue and a terrible accident occurs. The foundations of a well-ordered life start to crack and the lies begin to surface, one dangerous secret after another. And then there’s the boy, watching, waiting.

The Half Sister is a profound and haunting portrayal of those who are imprisoned by their past and by the struggle to find the words which will release them.”

I read the large print version, because that’s the one I found at the library, and it was disjointed. The way it was written, a character would be having a thought and then hearing what another character was saying without anything actually being said. “Blah, blah, blah, I thought, and heard so and so say blah, blah and blah.” Confusing at times, I couldn’t keep up with who was actually thinking or talking and at the end; I just wanted to smack multiple characters.

There was also an error not picked up by the pub house before printing but it’s not a major issue.

I got through it, found the ending unfinished, and wished the story had’ve been filled out to bring the story to a close.