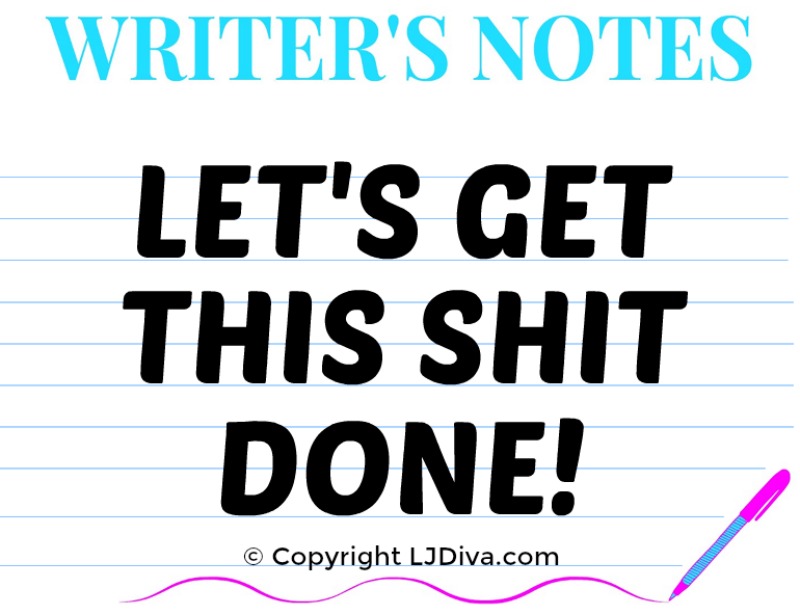 Last year I decided to go from posting weekly to posting monthly. It’s a matter of clearing brain clutter and making things better and smoother for my work lifestyle. I don’t have an assistant, so have to do everything myself, and felt that cutting back to once a month was better for my health, both mental and physical.

I’ll also post about the new formats for my books. I have large print and dust jacket hardcovers coming this year, so I’ll definitely be posting about those. There will also be the odd post about other things, such as the anniversary of Jackie Collins’ death, and anything to do with legalities where writing and publishing is concerned.

To get this party started, let’s launch into February 1st’s post containing what I have planned for the year, what I’ve already done so far this year, and what I hope to get done this month. The usual mid-year catch-up and end of year catch-up will also happen, but that will be the basic structure of each month’s blog posts from now on. What I’ve done and what I’m going to do. And once again, green is for done, orange for in the process of, and red for not fucking getting done (although that won’t happen until the end of the year).

So let’s get into it.

Here’s what I want to achieve, and have already achieved, just in the first month of the 2020.

– 1 – I reorganised how I’m going to do things on LJDiva.com.

– 2 – I changed LJDiva.com’s tagline to make it more about my author status and what I write as I move away from blogging.

Which, quite frankly, I am!

– 4 – I updated my bio and logo, plus a few pictures and pages on my website, and updated all of my social media as well.

– 5 – I reorganised my social media and updated my Pinterest boards.

What’s already in the making this year…

They’re almost done. I just need to proof them and then they are released in March or April.

As above. They’re almost done. I just need to proof them and then they are released in March or April.

What I have planned for the year…

Consisting of five stories it should take as long as a normal novel, although my novels aren’t normal length. I’m thinking 60 handwritten pages per story, so 2.5 notebooks, and about 3 weeks. But then, I never know what will happen when it comes to this family and these stories.

– 1.2 – Get the covers done, check the proof and release it as an e-book, paperback, and dust jacket hardcover in September.

So, that’s the yearly plan. It doesn’t seem like much, but now let’s divide it up.

For the month of February, here’s what I hope to get done…

– 1 – Get the proofs of the large print and hardcover versions of all my books.

It’s the first time I’ve done large prints and hardcovers, so I’ll need some time to see how they turned out and what needs tweaking.

I always post to Insta and send it through to Facebook, Twitter and my Tumblr blog, so you’ll see what I post somewhere. I’m aiming for book, author, blurb, anything writer related posts, as I don’t really have too much to post about, personally.

But I’ve been really slack, so it’s a goal for this year.

– 5 – look into getting a mailing list for my books and setting up a newsletter on the website as looking may be all I can do at this point.

So far, that’s it for my yearly plan, but this post is not over yet…

Before I end this post, I want to tell you something that has left me honoured, yet weirded out, so I’m not sure what I’m feeling.

In January, not long after I posted about some of the Jackie Collins books I’d recently acquired which seem to be incredibly rare (you can see them in the pic, and I whited out the other people on the list), Jackie followed me on Instagram. 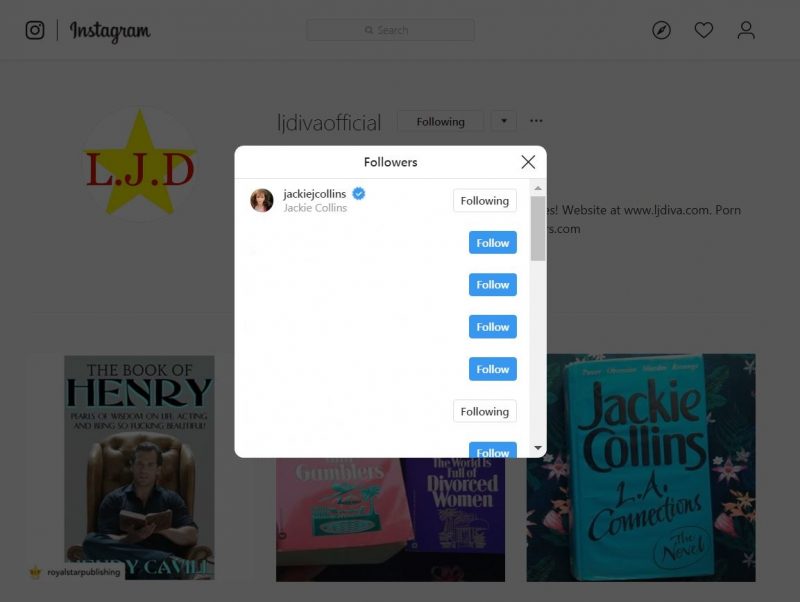 Now, you might be thinking, there’s nothing wrong with that.

I feel incredibly honoured, but weird, that my writing mentor and inspiration has followed me on social media.

Honoured, because, well, it’s an honour to have your writing mentor and inspiration follow you, but weird because she’s been gone for over four years.

So, I know it’s not actually her who followed me, but her daughters and/or assistant who’s dealing with her social media. She did like a couple of my Insta photos before she passed, which made me chuffed and I’ll treasure them always. But it’s not her.

You know what I mean?

It’s weird to think she’s gone, it doesn’t seem like she is. But she is, and every year I have a little cry on her anniversary. And now I’ll treasure the fact my writing mentor and inspiration followed me on Instagram.

So, what did you guys get up to over the last two months, and what are your plans for 2020!