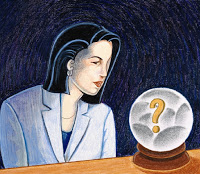 Do you ever wish you could look into your future to see what it’s like?


Well I think in my dream the other night I looked into the past.


I cared for an injured war vet (I don’t even know if we were at war back then, and he was played by a certain hunky blond Aussie actor who’s recently done Kellogs Just Right ads) but even though he seemed to get better, he was told he was dying. He wrote four letters, one to me, one to my grandfather (I have no idea why), and two others. Then poof, he disappeared.


I was told he was dead and refused to believe it, finding out I was pregnant to him and being made to move to the main city an hour away with my male cousin, (no idea who that was).


I had my baby and worked, saving what I could while my blonde, blue eyed son grew to the age of three. After his birthday I kept getting strange feelings that I should return to my home town. At first I didn’t understand why, as I never wanted to return to the place I lost the love of my life, but the desire to return grew until I packed our bags and head south to the town once again in our old Dodge truck. (I’m not sure it was an actual Dodge but I just kept getting the feeling it was).


I arrived and went straight to the garage I had either worked in, or my family owned, and after getting out and walking my son into the main area I saw him. The man that I was told was dead, kissing a girl!!!!!


They didn’t see me, see us, and I was in absolute shock at the sight of him.


He stopped kissing her, and looking into her eyes told her he didn’t have feelings for her and nothing was going to come of it. That’s when he turned and saw me, saw us, and looked like he’d seen a ghost.


He came over and muttered and stumbled and touched my face as if he didn’t believe I was there. He saw our son and knelt down while I told the girl (have no idea who she was) to leave and never interfere in our family again).


He and I talked, we had been lied to. I had been convinced he was dead and he had been told I had married and left with a son, never to return. He had recovered and spent two more years fighting in the war only to be back in town for a year, hence the deep feeling I kept having of needing to return to town.


We tracked down the “people” who had lied to us (mainly my family although I have no idea who they were) and I kicked the door in. I was wearing blue jeans and a blue check shirt (yep, I remember details in dreams) and we blasted them with our words before walking out and telling them to never come near us again.


As we walked back to the garage, with him carrying our son, we decided to go back to the city to get married as we never wanted to be apart again. It took and hour in, two hours to get everything done, and then an hour home, where we moved into the small house near the garage that he was living in.


It was perfect. Perfect for us, our family, our future. We tucked our son in and then spent the night conceiving our new baby (need I tell you how?), it was our first time together in four years.


My dream jumped to us living there, our son running around in the back yard, me being pregnant with our second baby, him saying he wanted to buy his family a house to live in and suggested an old man’s house about half hour out of town. I knew the place, and even though it was private it was remote, and with me being pregnant it was best to stay in town so I could get to the hospital if need be.


So the end of the dream was us living in our new home on the Queensland coast.


Now there are times I really remember dreams. I dream in colour, remember what I’m wearing, remember who played what. This time, as mentioned, a hunky blond actor was my war vet/husband, and while I have no idea why he was in my R.E.M. sleep, it could have been coz I went to bed thinking of him.


A future with a hunky blonde Aussie actor perhaps………. 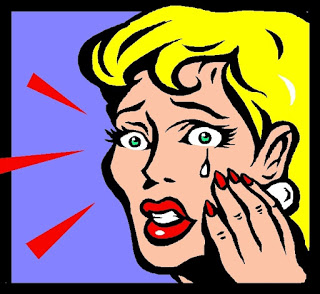 To clarify, I did not end up naked but I’m positive some people do!


I have always found it weird, when, in the middle of winter (while we’re not winter yet) that I can wake up and be without most of the clothes I went to bed with.


It’s just like waking up to find you’ve thrown the covers back or rolled over.


How do we do it when we’re dead asleep?


Some sort of reflex action?


I went to bed last night and just could not get comfortable as my feet were freezing. I got up and went to the loo and got a pair of bed socks. I woke up this morning to find I was no longer wearing them and I certainly know I didn’t wake up to take them off.


In winter, I can go to bed in a jumper, pants, and socks, and wake up in just my nightie that I had on underneath. I know I don’t wake up to do it.


I find it very weird that we can do such act in sleep. Is it like sleep walking, sleep eating, sleep driving?


I have no idea, but it’s something that I don’t completely understand and kind of freaks me out.

Last year I got a corkboard and turned it into a memo/feng shui/inspiration board. I had pics of money all over it, pics of jewellery I was after, pics of inspirational people etc. I went over it and cleaned it out. I had a plan for it! So more than half of the stuff came off. And when I got new ink cartridges I printed a whole heap of stuff and rearranged the board. Feng shui style.
Money goodies top left corner, exercise middle left and knowledge bottom left. Pictures of money, a scratchie I bought, an exercise bike and pics of two books I’ve been reading, FAME 101 and the Idiot’s Guide to Branding Yourself, along with a pic I found on the internet with WHO ARE YOU? all over it. There’s also pics of an iPod (which I now have) iPad, iPhone, Nintendo (also have) and camcorder there, as you can not only learn on them but I’m after them to buy as well.

Top right is relationship but there’s no pics there as I put it in the bedroom instead. Middle right is creativity and children of which I put a magazine cover with me on the front on the board. Bottom right is inspirational people and travel. Pics of Ellen and Oprah with emmys, Jackie Collins, Lady GaGa and Blake Liveley, I love the clothes she gets, and places like London, New York and L.A.

Top middle is fame, middle is earth/you and bottom middle is career, so all pics referring to me and my writing/online career, my book covers, pics of the word fame, a pic of a red carpet and a gorgeous pic I found online. Print some pics out, do your own board and get some inspiration into your life. See how it works.

I am special agent Scot Ray; from the Intelligence Unit of the Federal Bureau of Investigation (FBI). We just intercepted/confiscated two (2) Trunk Boxes at the Hartsfield Jackson International Airport in Atlanta Georgia. We are on the verge of moving this consignment to the bureau headquarters. However, we scanned the said boxes and found out that it contained a total of USD4.7M and some back up documents which bears your name as the owner of the funds. Investigation carried out on the Diplomat who accompanied these boxes into the United States, revealed that he was to make the delivery of the funds to your residence as these funds are entitled to you, been Contract/Inheritance over due payments. The funds were from the office of the Ministry of Finance of the Federal Republic of Nigeria.

Furthermore, after cross checking all the legal documents we found in the boxes backing you up as the beneficiary of the funds, it became known to us that one of the documents is missing. This document is very important and until we get the document, the boxes will be temporarily confiscated pending when you will provide it. The much needed document is the Diplomatic Immunity Seal of Delivery Certificate (DISDC). This document will protect you from going against the US Patriot Act Section 314a and Section 314b . This delivery will be tagged A Diplomatic Transit Payment (D.T.P) once you get the document.

You are therefore required to get back to me on this email (agentscot@fbi-us.us)within 72 hours so that i will guide you on how to get the much needed document. Failure to comply to this directives may lead to the permanent confiscation of the funds and possible arrest. We may also get the Financial Action Task Force on Money Laundering (FATF) involved if do not follow our instructions. You are also advised not to get in contact with any Bank in Africa, Europe or any other institution, as your funds are here now in the United States of America.

SO IF THERE REALLY IS AN AGENT SCOT RAY, COME AND GET ME MOTHER FUCKER!