So last week I posted about my brand new iPad – read about it here – and this week, thanks to Jewel Divas telling me about it, she got a pink one, I got my brand new blue iPad cover. 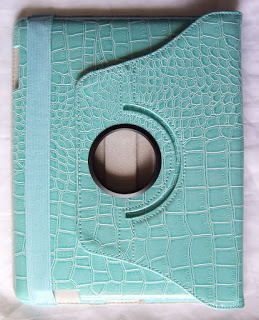 It’s like a book, and then you open it. 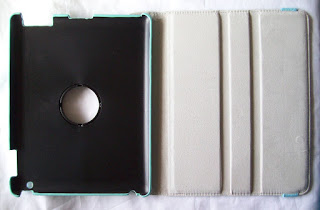 Pop in your iPad and stand it up. 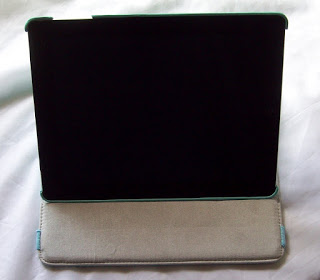 There are two levels for standing you pad. 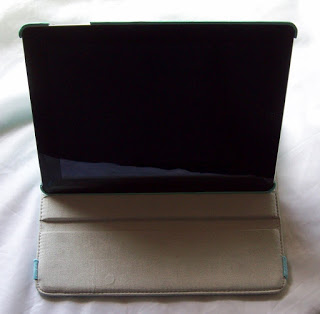 And then you close it up and walla! 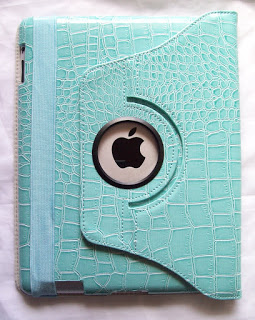 I plan on putting rhinestones on it, after Jewel Divas and I discussed it, blinging it up is the only way to go.
Jewels xxoo

It’s taken two years for me to get my hands on one of these babies, mainly because with the first we all waited to see how it was going to turn out, and then waited for the first to be on sale when the second came out. Unfortunately that didn’t happen! 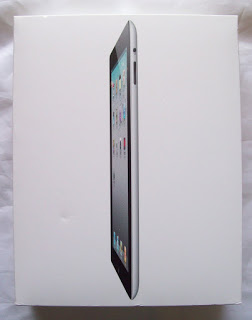 So now last week when the third came out here in Aus on the 16th of March, I walked into JBHIFI and found they had reduced the price by $148!!!!!!! 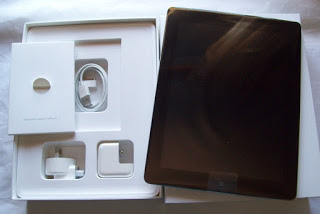 That’s right! And because I paid in cash, I got an extra $17 bucks off! And since I couldn’t wait to get it started, I downloaded some apps of websites you will find me at and I need for my writing, I have these little babies already going. There’s some more I will need but I have to buy them so they’re coming soon. 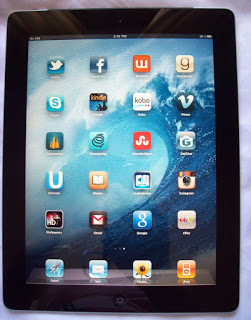 And of course I had to fill up my bookcase! 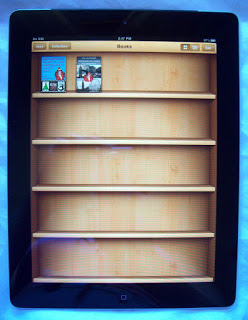 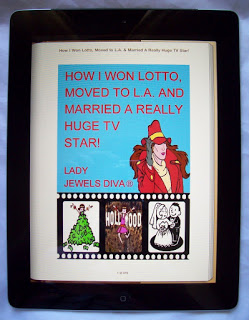 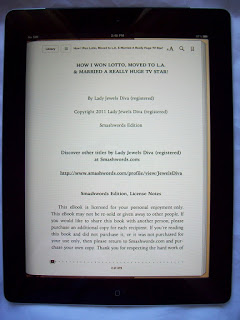 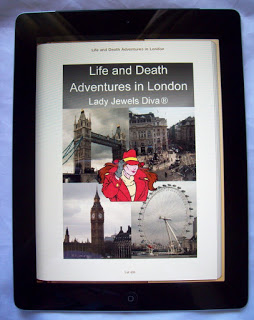 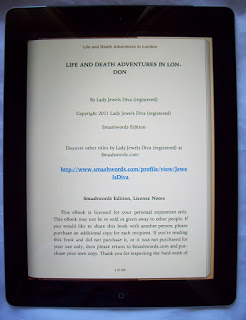 I have been after this hard drive for over a year now since bying my flash drive in the same colour and brand, but somehow it has always been out of my reach.

Aren’t they gorgeous, comes in pink, silver, red and black as well. 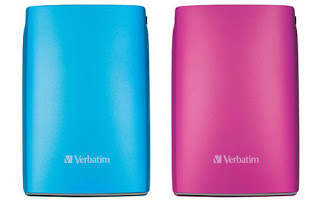 Big W is our version of Wallmart.
Anyway, I kept checking the website but it always said out of stock. And then before Xmas they dropped the price but were still out of stock. And then about three weeks ago they dropped the price $25 off the original of $87, but STILL it said out of stock.
Well I finally got sick of it and lodged a complaint on the Big W facebook page. I was told to repost it on their FB feedback page to which I didn’t receive a reply for three weeks until I lodged another complaint on their FB page again.
Finally I got an answer!
After the floods in Taiwan it ruined some of their distributors warehouses and so they are now few and far between, AND Big W changed the price from $87 to $116 CAN YOU BELIEVE IT!!!! claiming that the floods have raised the prices.
PIG SHIT!
Well, I’m still without my hard drive and now I either have to find it online somewhere else and risk issues and being unable to return it, or I find another blue one to buy.
Does anyone know where I can get one?
Jewels xxoo

First off, from today I will start the re-editing of my very first novel, The Road To Vegas. It’s going to be my next publication once it’s had a thorough going over and been edited and fixed. It will go through the Smashwords and CreateSpace ringer and hopefully come out the other side with a sequel in the works.

Secondly, I’ve been doing a lot of thinking about myself. Yes, this blog started off as a space for bitching and whinging and along the way there have been loads of other funny stuff. Lol Cats, Quote of the Week, My Fave Things etc, and now, there will be more “deep” posts, stories about So-So and her family and the way they have changed her life for the worst and how she is trying to get out of it. I will also bring back my Agony Aunt column as a fun way of breaking up the week. So that should be fun!

Thirdly, I’m going to try and stop swearing so much.

I know, the odd f-bomb may come out every now and then but in order to be more nice, which I talk about in upcoming posts, I should change what I say, write and think on this website.

So, like with other posts, if what I’m talking about doesn’t piss me off, I won’t swear. If it does, expect fireworks!

Hope your Xmas and New Year were better than mine peeps. While I may not have been sick for the fourth year running, I was stressed out thanks to what a local company did to me one week before xmas, making me so stressed out about it I got a face rash. And did they bother telling me what was going on, NOOOOOOOO! Just screwed me around which I so don’t appreciate!

I also refreshed my website and tinkered around a bit, added all of my vlogs to my Vimeo and Dailymotion accounts, which won’t be back until Feb and even then I’m not sure how often I’ll be vlogging.

So that is the coming year in motion peeps, I’ll leave pics below of my brand new fandangled ipod classic. I’m still to get a groovy blinged out cover and learn how to upload videos.
What did you guys get?

Remember the stationary set I got as a pressie a few months ago. 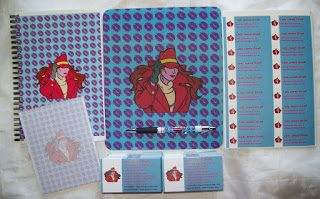 Well, I’ve been looking around all over the place for something to put it in. Along with other bits and pieces I may need during my personal appearances dahlings! And I finally found them!!!!

May I introduce my pen/sharpie/highlighter pouch! 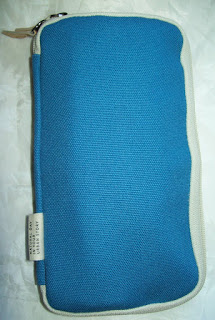 Everything fits nice and neat! 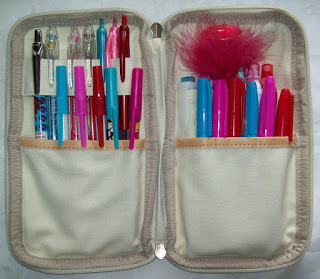 And then there’s my book pouch!

With enough room to fit all of my stickers in the left pocket, some business cards, notebooks and four large pink paperclips on the right. In the pockets underneath are my notebooks for sketching or writing.

The title says it all really!