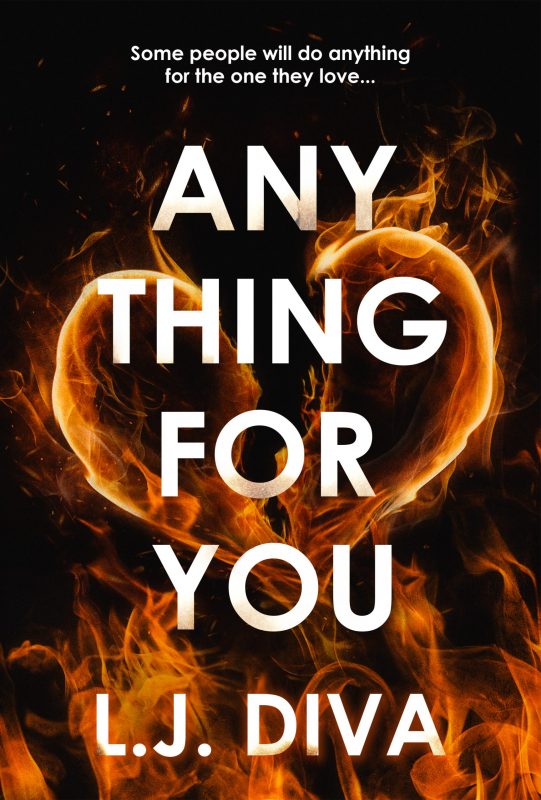 Anything for You is now available at Amazon as an e-book, paperback, large print paperback, and dust jacket hardcover. The audio book will hopefully be released by the end of the year, and the e-book will be sliding into other stores soon.

I’ll be doing a Spotify playlist soon, but in the meantime, visit the full list on the new playlist page here.

As I’ve taken to TikTok under my own name, I used their built in effects to promote the new book. I looked for songs that would be perfect for it, and found most of them are called Anything for You. Appropriate, or what!

I’ll be doing a Spotify playlist soon, but in the meantime, visit the full list on the new playlist page here. 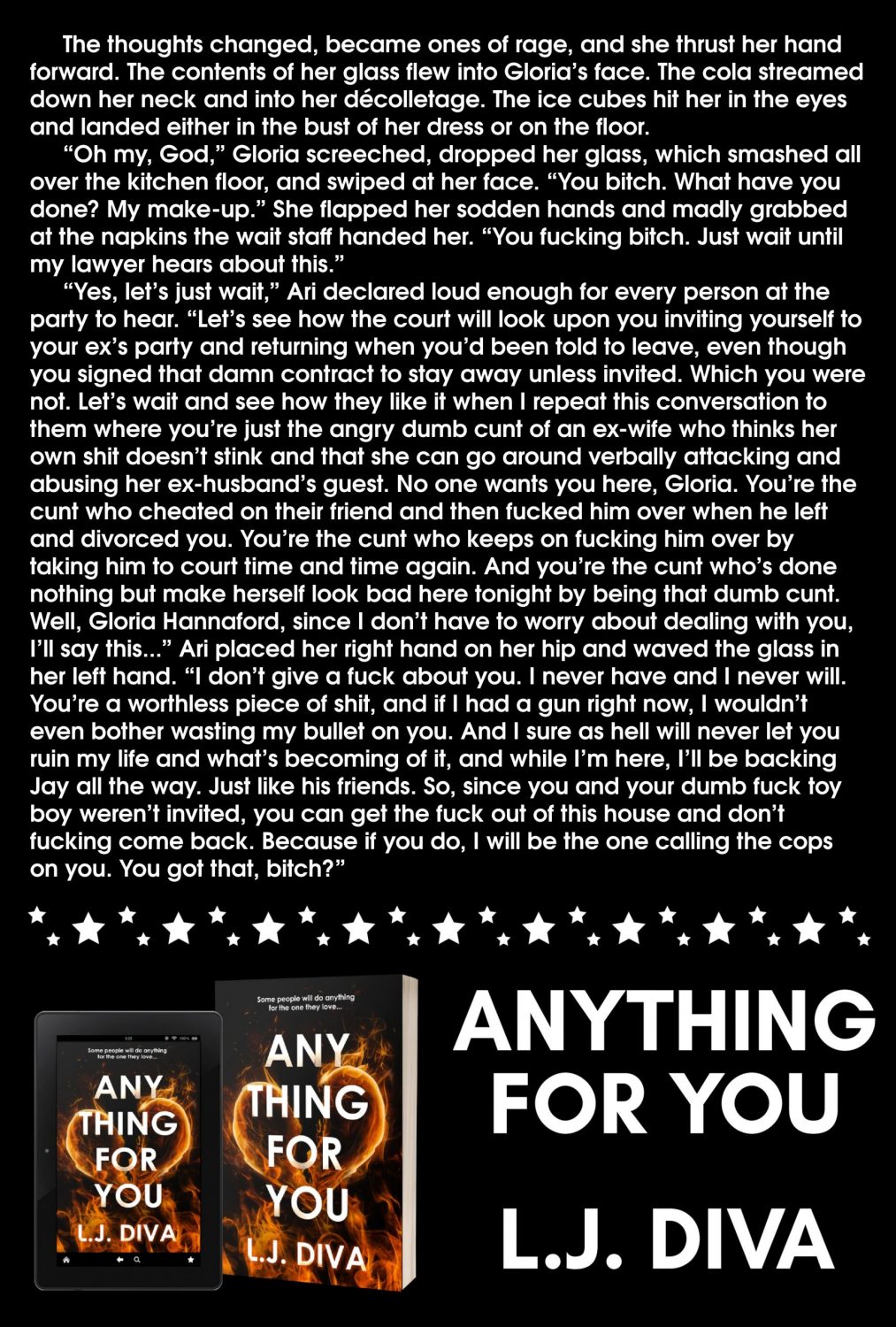 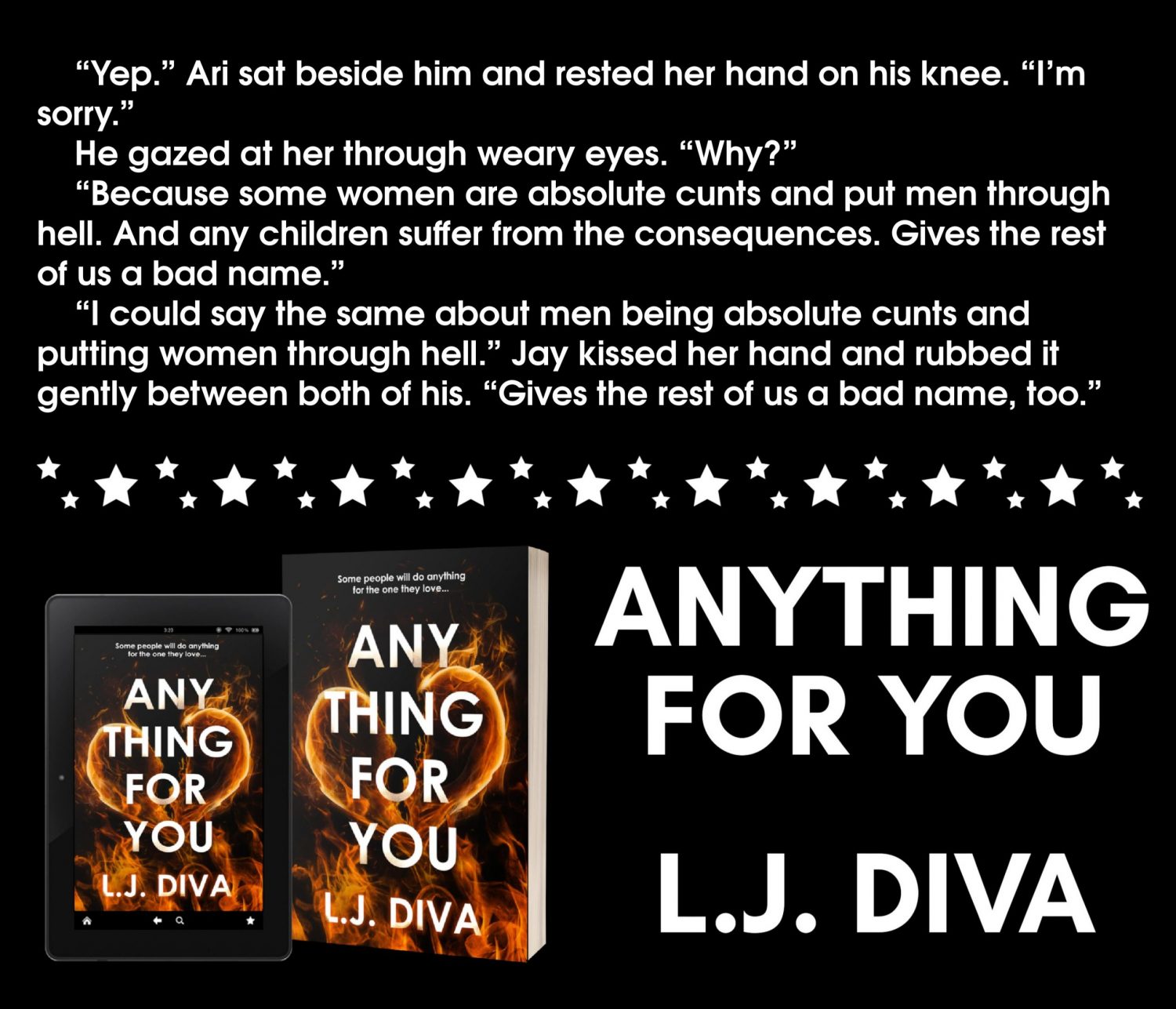 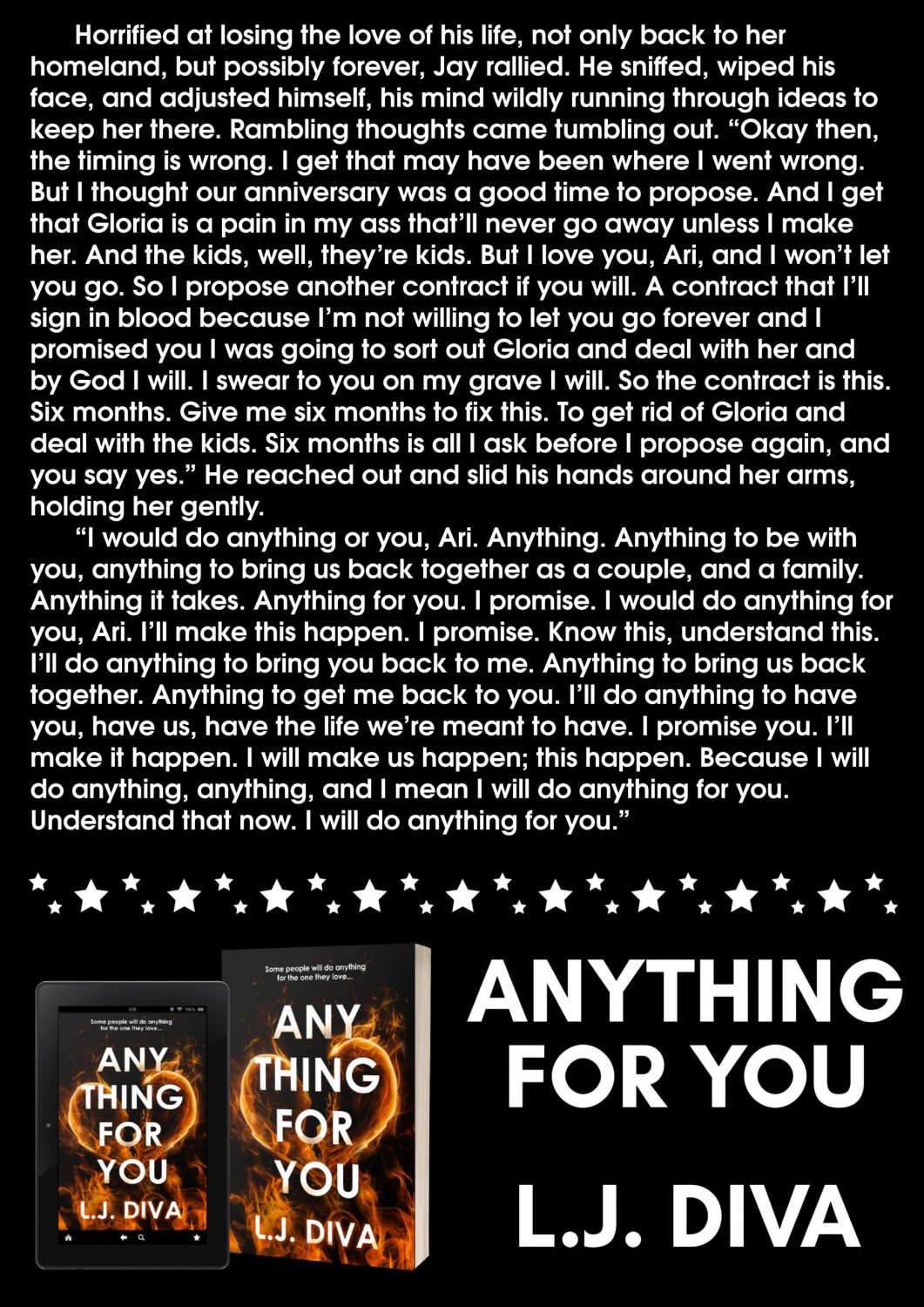 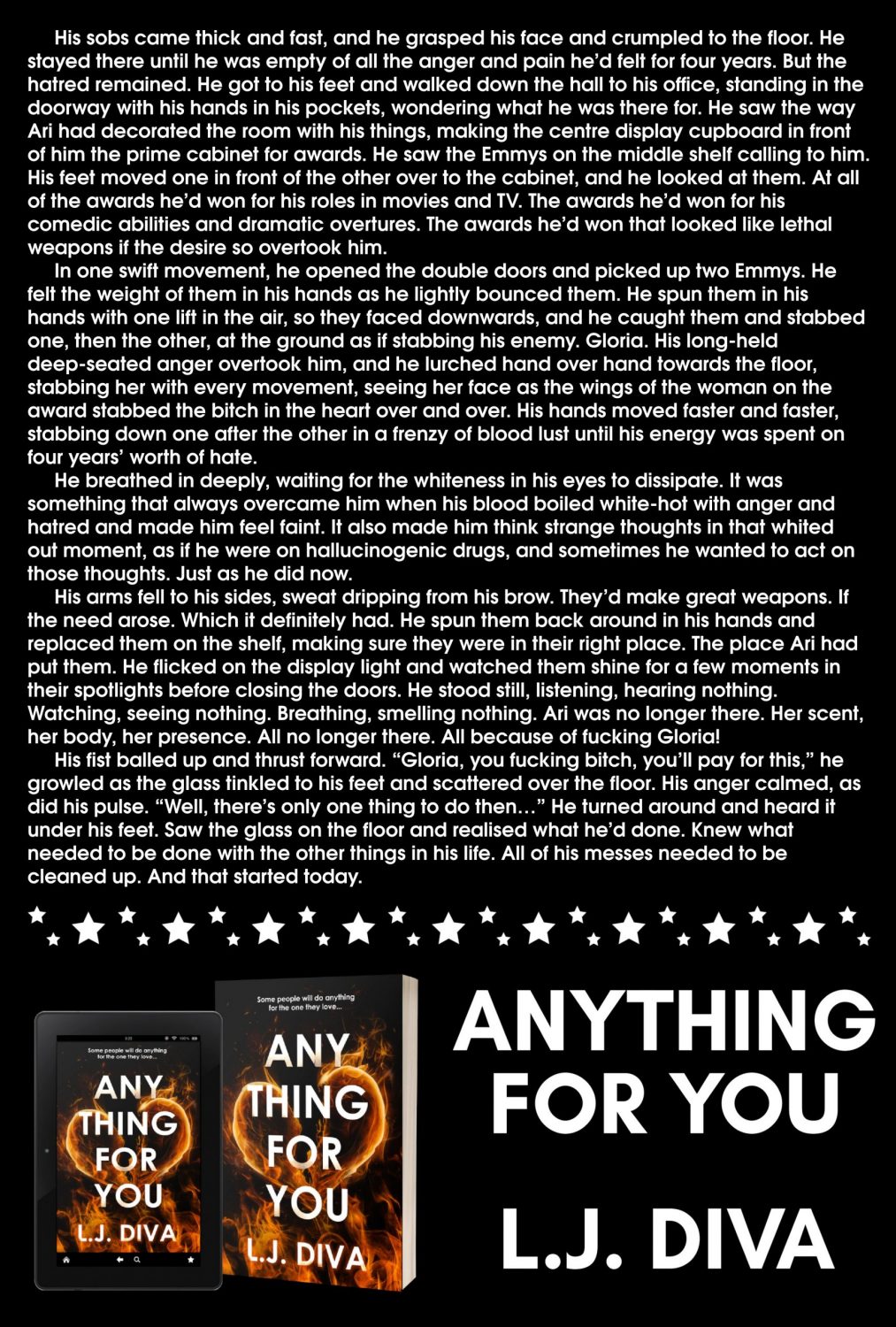 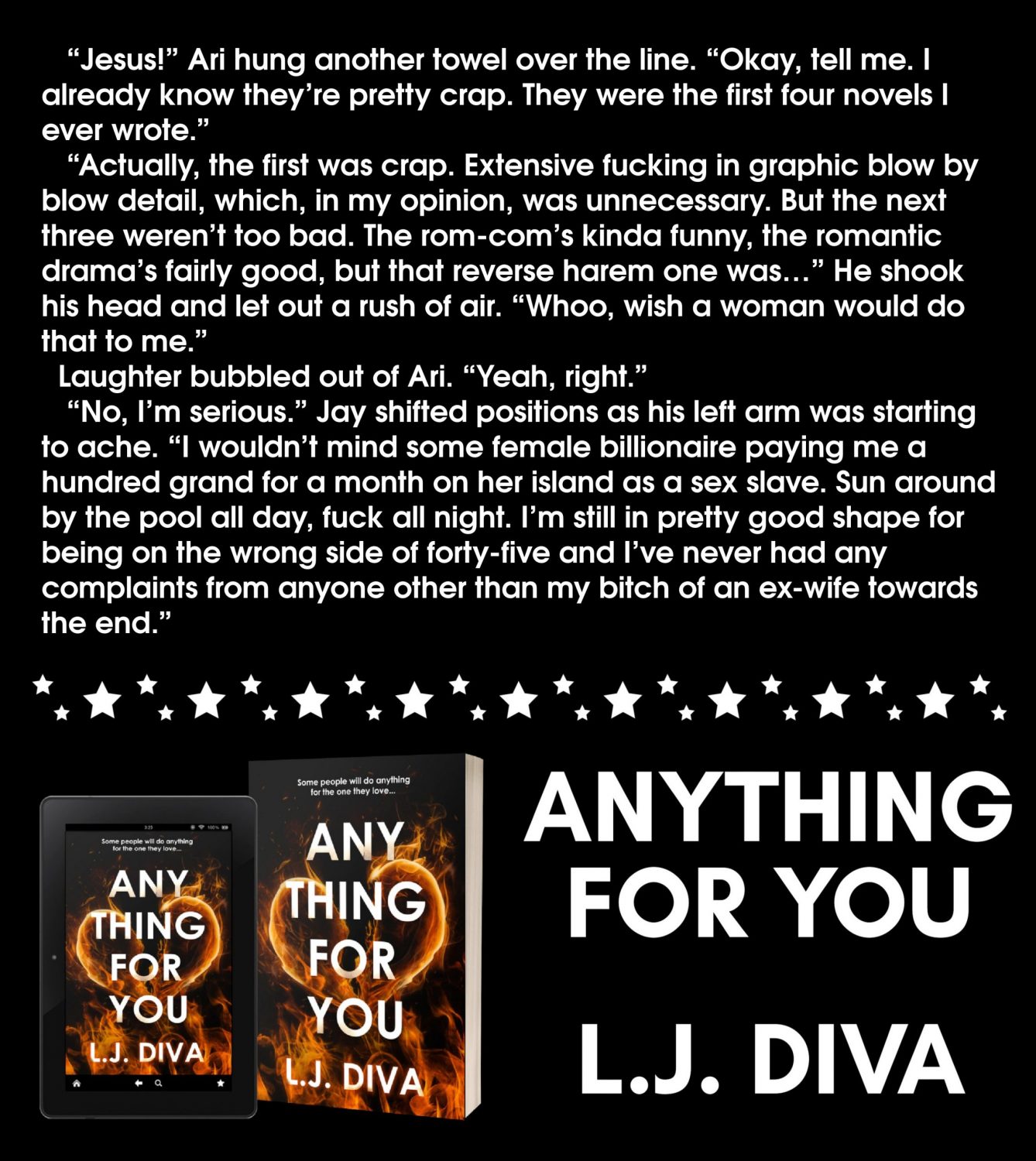 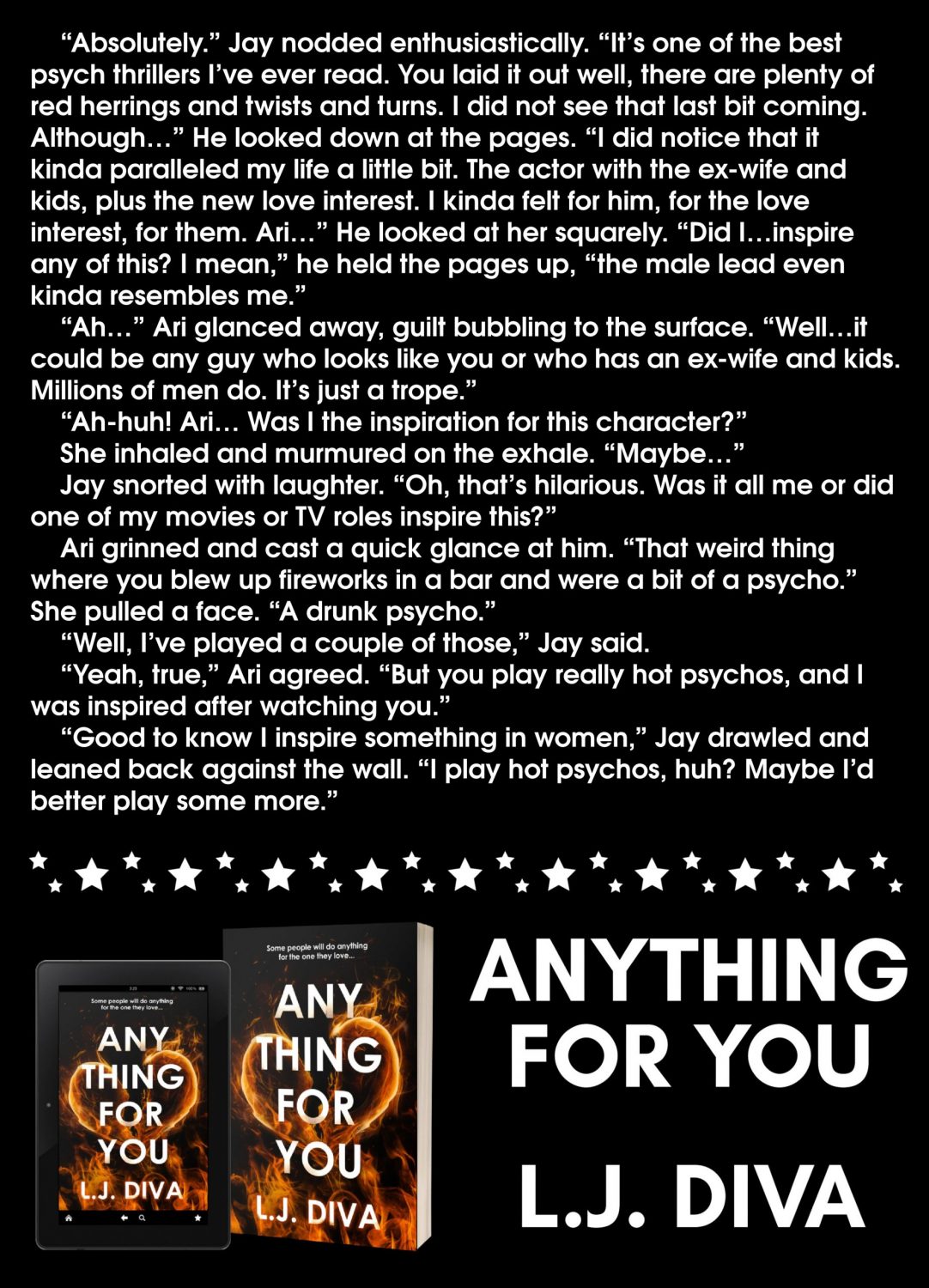 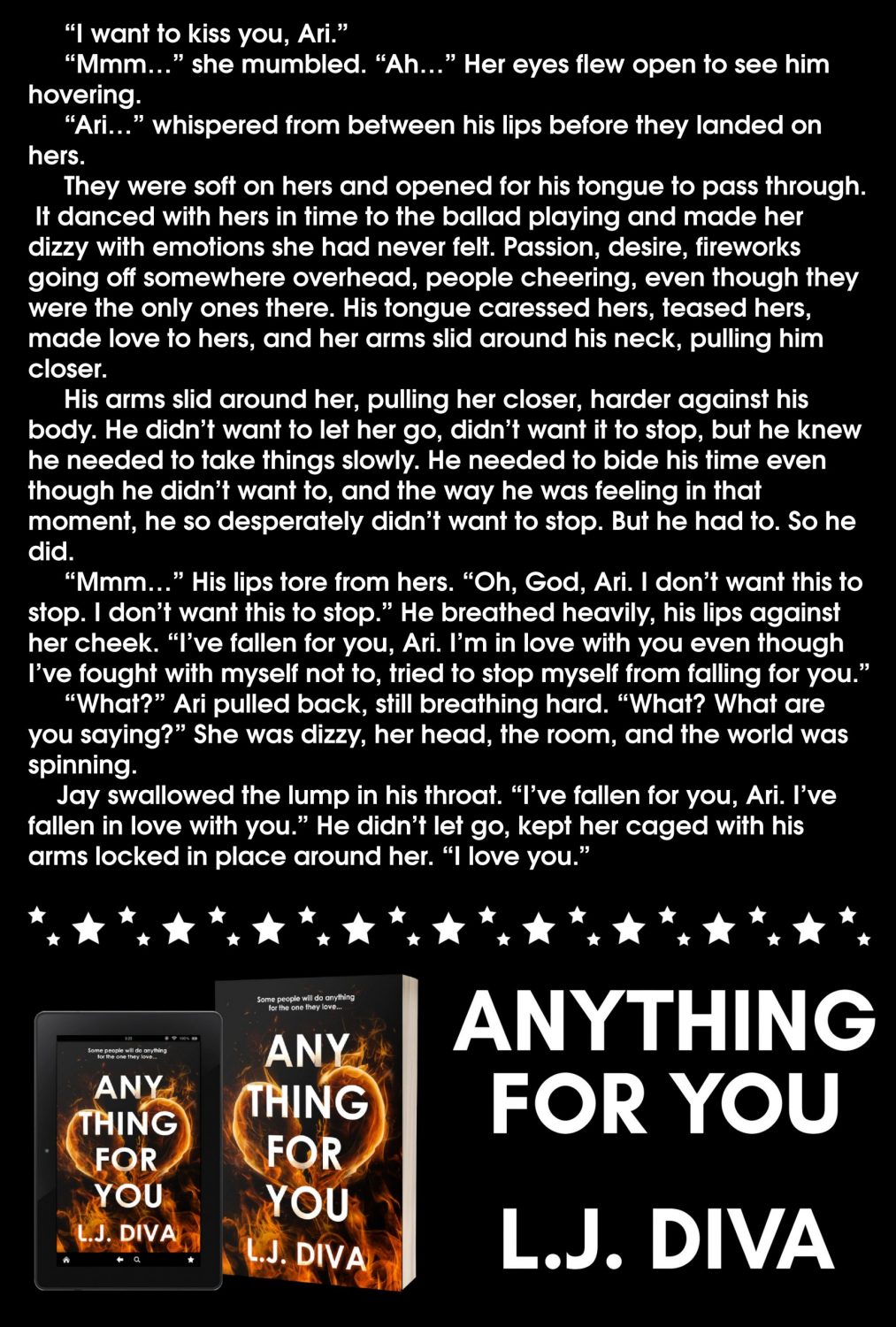 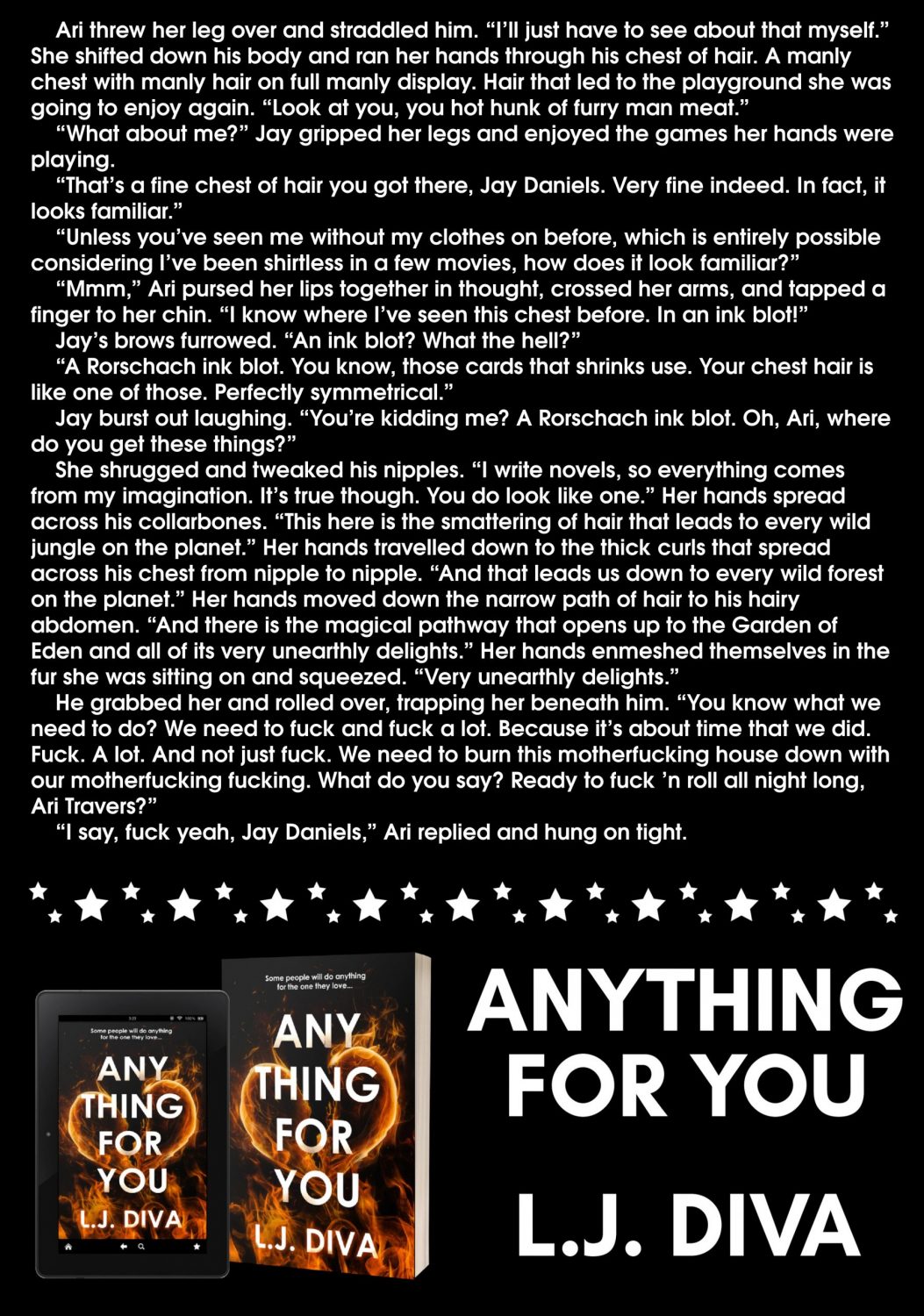 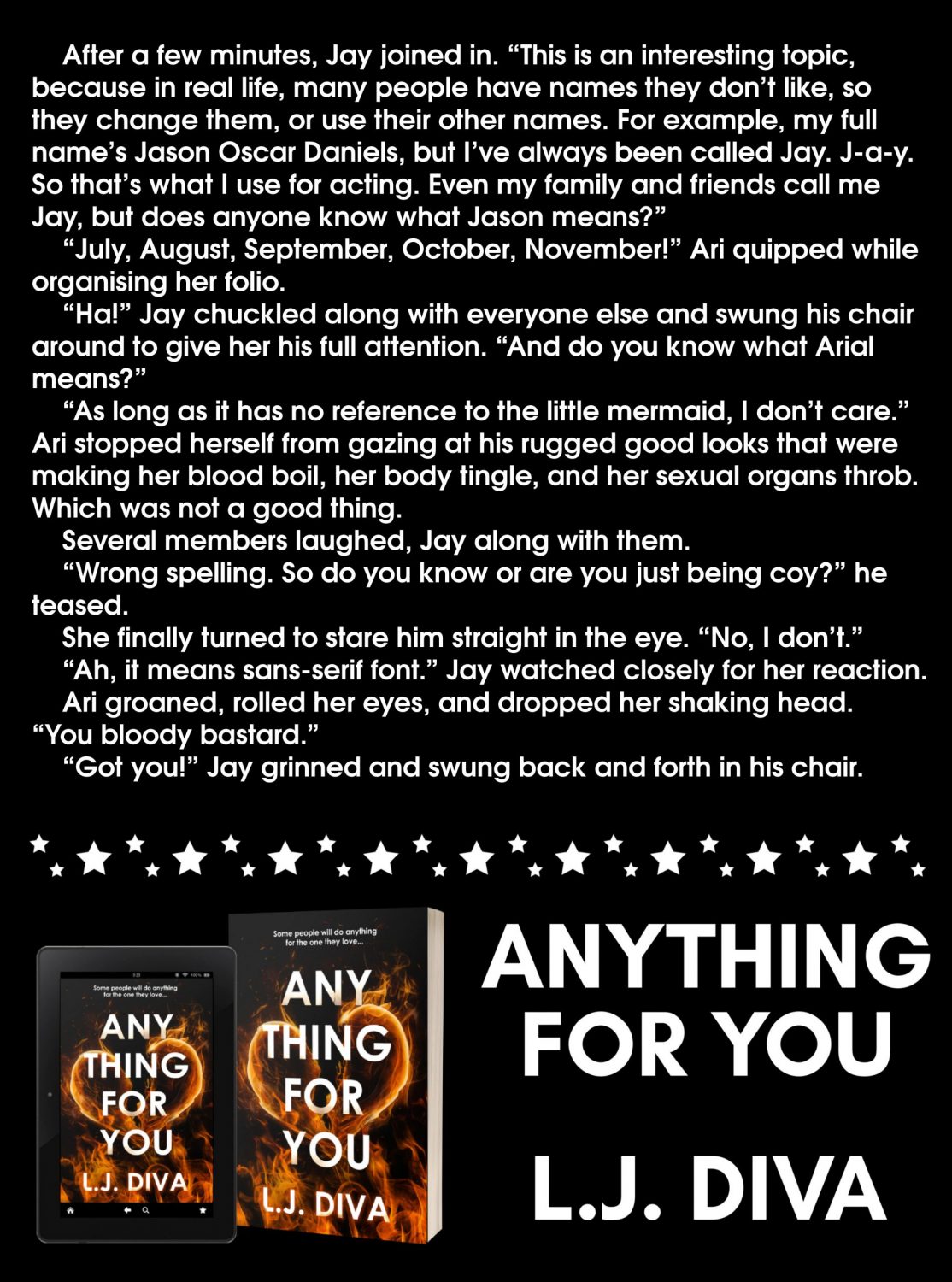 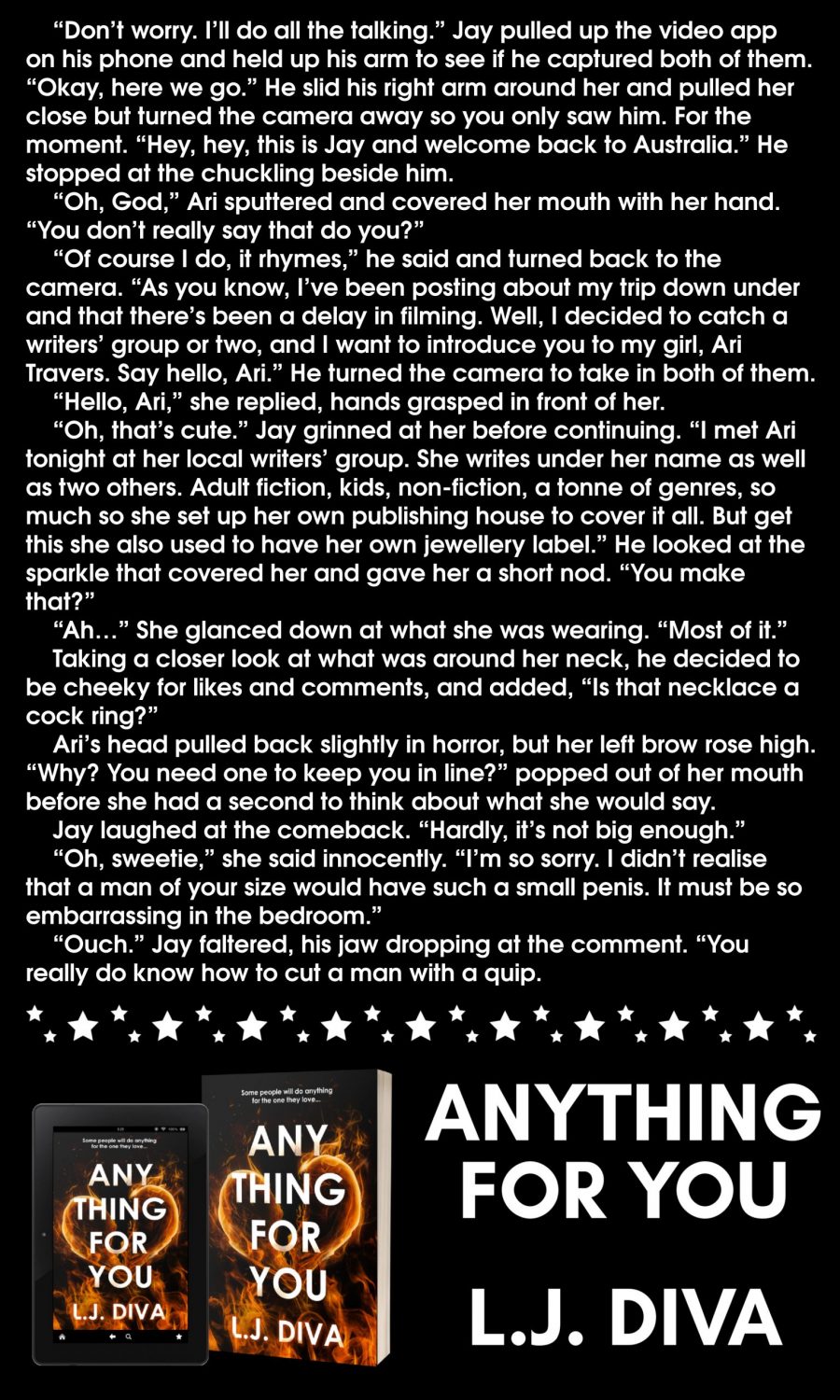 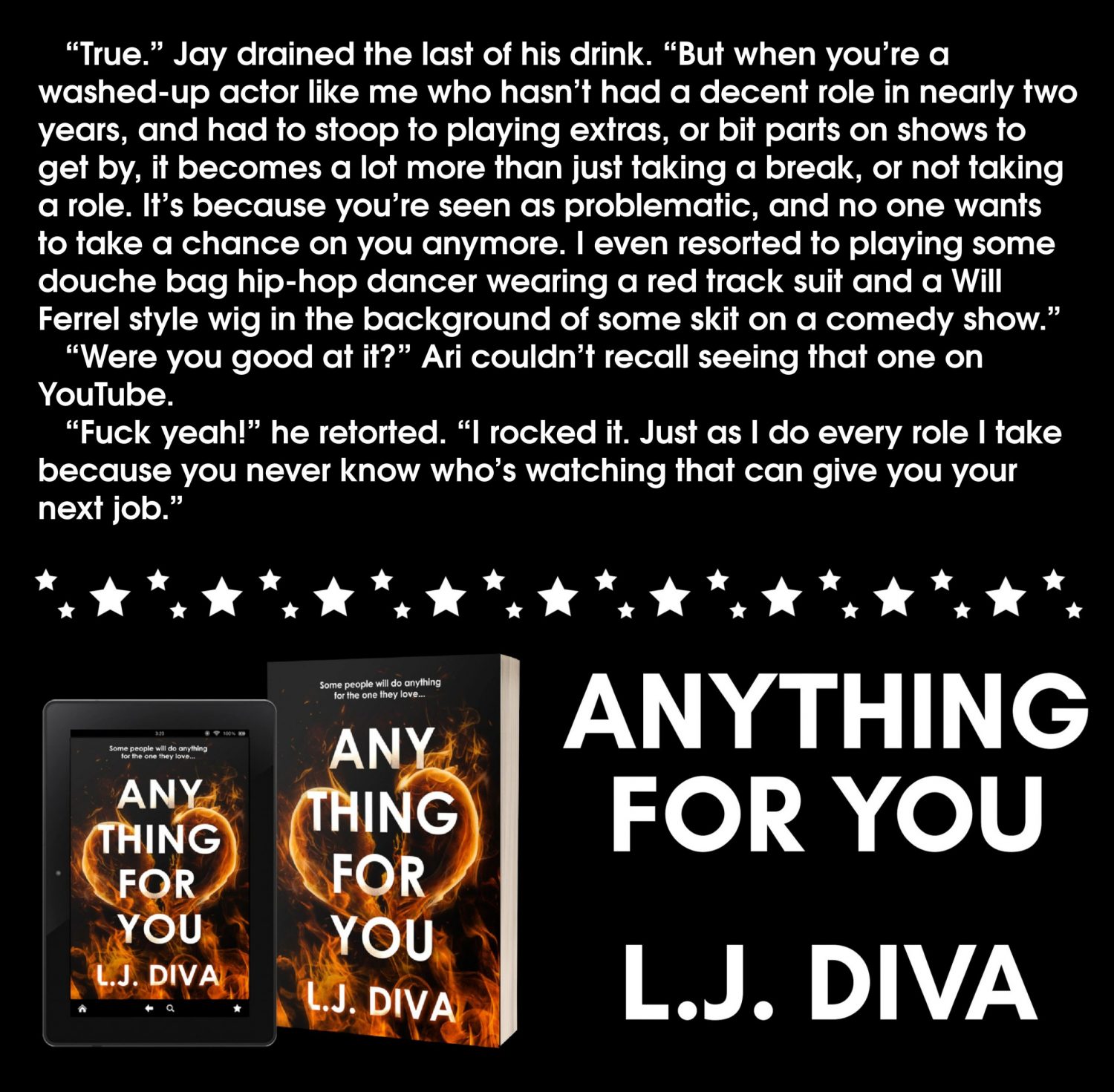 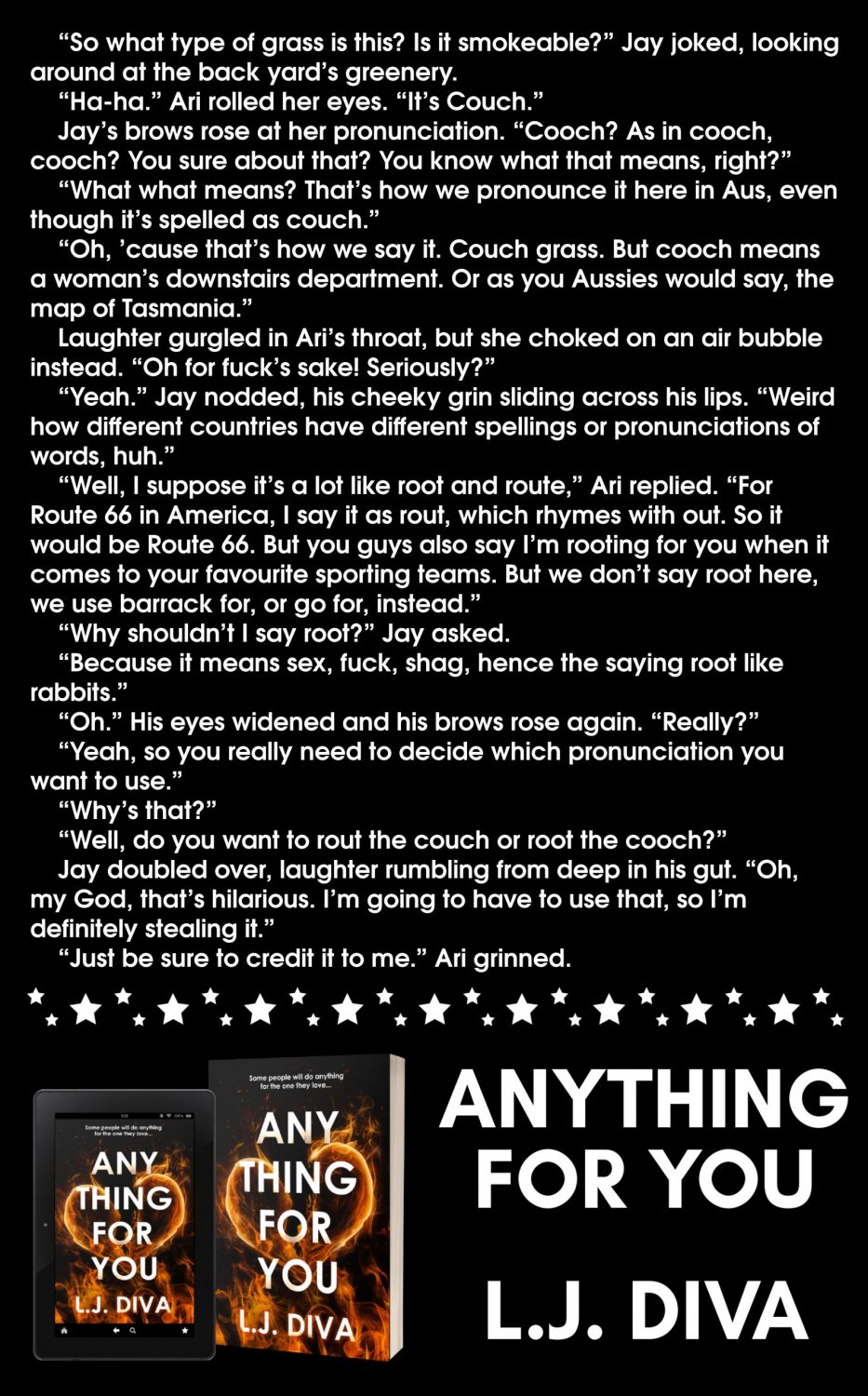