So I’ve been having a bit of a clear out of all my things and have been trying to put together a travel kit in case I ever go travelling, obviously.

I’ve got a suitcase but it’s broken so clearly need a new one. 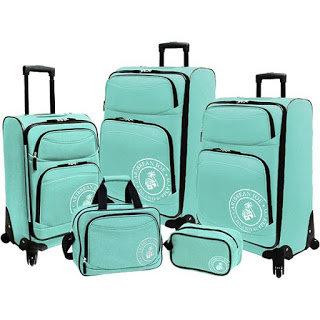 I have a black toiletry bag that most things can fit in. It’s a hang on the door one with plenty of pockets so that’s fine. I just need to make sure I cut down the size of all my bottles so everything can fit. 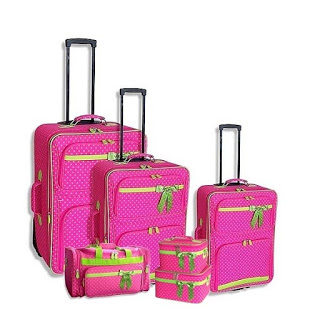 Then there’s a black two sided bag that will fit limited jewellery as I don’t want to take too much and lose it, bandanas, scarves, travel clock and bits and pieces.

Then there’s a smaller two sided black bag that I turned into a detective kit a while ago but never took anywhere. I combined it with the contents of my make-up purse from my bag which really only held what I called my first aid kit. Safety pins, lip gloss, hanky, nailfiles etc. And will now try and carry it around in my bag, although it’s quite heavy and I’m not sure how I’ll manage it. Except to buy a new bag! 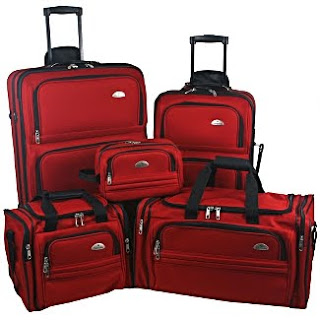 Then I need a small pencil style pouch for my magnifying glass, Swiss army knife, penlight etc, so I need to find that. 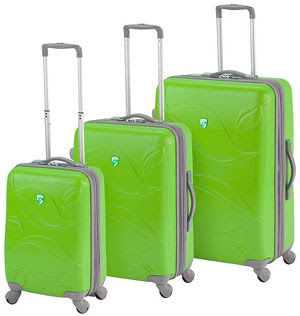 I also need a bag for my igoodies, Pad, Pod, Phone etc along with the cords and earphones. 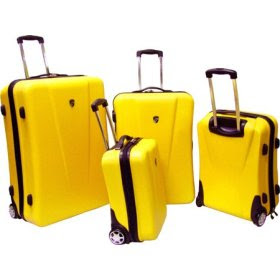 So, does anyone else have a ready to go travel kit? Let me know what’s in it. And let me know what or where you found your goodies as they might suit what I need as well. 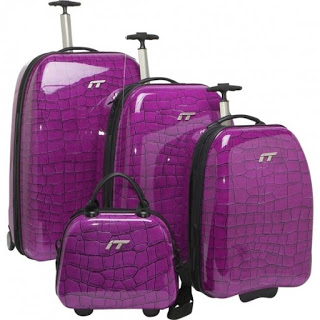 Sometimes I wish I were a man, everything would be so much easier!
Jewels xxoo

This should have gone up yesterday but was taking forever to upload. 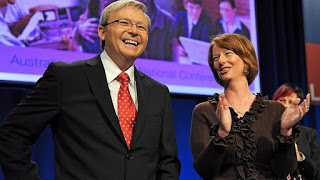 In November 2007, Labor’s Kevin Rudd (left) was voted Prime Minister of Australia by the people of Australia in an election. In 2010, barely two years into his term, bitchface Julia Gillard (right) stabbed him in the back and took over leadership of the country.

SHE WAS NOT VOTED FOR BY THE PEOPLE.

The country was in an uproar as she made Kevin foreign minister.

In 2011, she led the party to another election due to the overwhelming hatred from the Australian voting public. She did not win. She tied with the opposition leader, Liberal, Tony Abbott.

The only way for either of them to be Prime Minister was by sucking up the backsides of the Greens and the Independants.

Julia did it best!

Now, in the last two weeks there have been very strong rumblings in the Labor party. The members that supported Kevin when he was PM are now stabbing him in his face. The two-faced bastards are slagging him off and denigrating him as they screw him into the ground. So much so he retired as foreign minister last week and declared he was trying for the Prime Ministership.

Public polls have Kevin at an all time high, but the public are not voting.

They have both slagged off Tony Abbott, acting like they are going to a public election and trying to show that Tony would not be a good candidate for Prime Minister.

But neither are they.

Members of the Labor party are publicly backing Julia as they publicly slam Kevin, claiming SHE is their only hope of beating Tony at the next election.

Today the Labor party decides who will be their leader. Odds are, bitchface will be but she won’t win the next election. She can’t. Labor have done nothing but slag everyone and everything off in the last four years and fucked this country right up the backside as they screwed us into the ground.

Kevin had the pink batt debacle, the school money wastage (plus the schools not getting the computers he promised) and generally stuffed us up.

Bitchface has given us nothing but taxes and expensive internet. Try $5000 to connect it to your house. That’s the current cost of it.

Yesterday was Australia Day, and while our Prime Minister, Julia Gillard, and our Opposition Leader, Tony Abbott, were in a Canberra restaurant for a ceremony for national emergency medal winners, Aboriginal protestors crowded around outside the restaurant and started banging on the glass windows. Security were quick to act and bundled both Gillard and Abbott out to a waiting car.

Julia’s bodyguard has received just as much attention as everyone else.

In fact, it the above scene has now been compared to a movie….

The protest all started over Tony Abbott saying maybe it was time for the Tent Embassy outside of Parliament House to go.
The Tent Embassy was started 40 years ago by Aboriginals protesting some shit back then, and unfortunately it has been allowed to stay. They pitched tents, burned fires, lived and breathed the air outside of Parliament. They claim, as Aboriginals, the land is theirs.
Thanks to some dumb arse politician years ago, the Aboriginals have been allowed to claim land as their own, while us poor white people need to buy it from the government.
The Aboriginals think because they were here before white people that they OWN Australia and it is theirs. Never mind the fact that this country, this planet belongs to none of us.
I just really wish politicians would stop giving in to minorities, which Aboriginals are. They don’t own ANYTHING, and don’t get off their fat black arses to work for anything like the rest of us. They claim welfare, live out in the bush and get pissed on alcohol every welfare day. They suck off the tax payers like all the rest and don’t do a damn thing to help themselves.
So why should WE help them?
This country DOES NOT belong to them, and Tony is right. Tent Embassy SHOULD go and they should be banned from camping anywhere, just like the white people booted out of parks and gardens. Just because they’re Aboriginal doesn’t mean they are entitled to anything.
Jewels xxoo